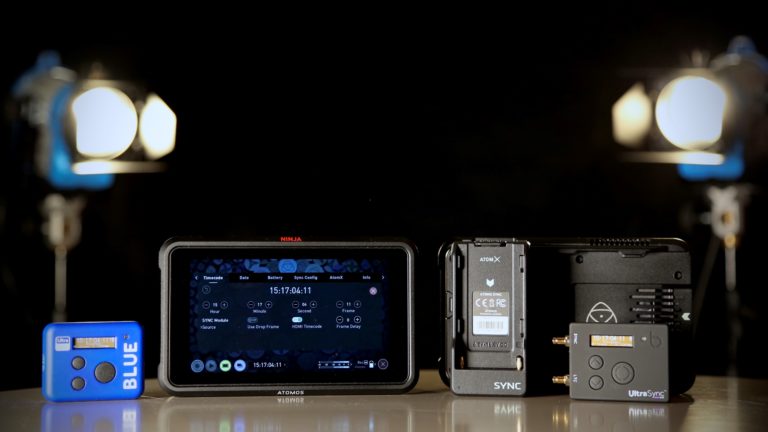 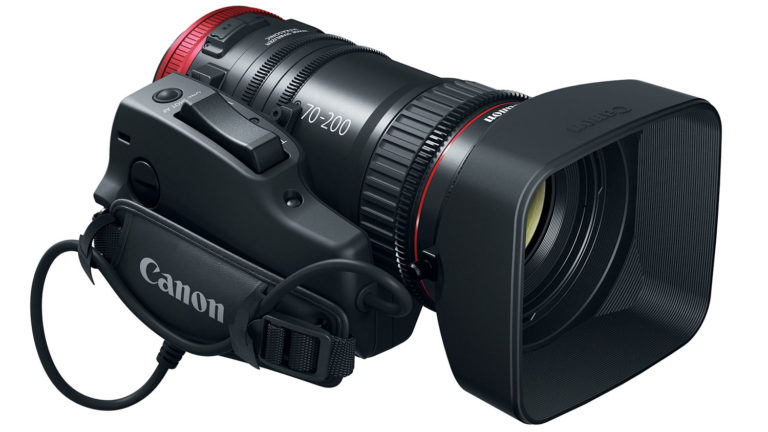 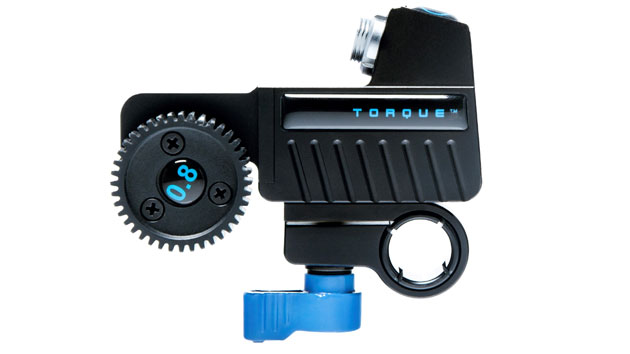 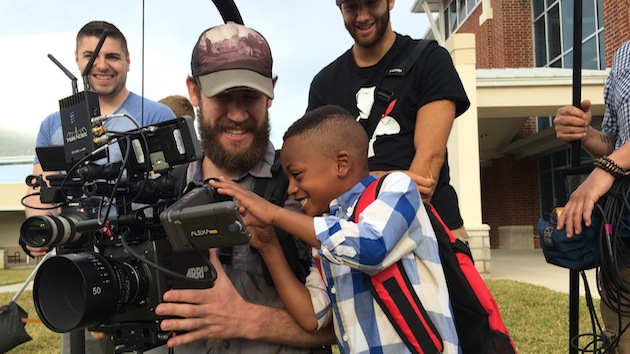 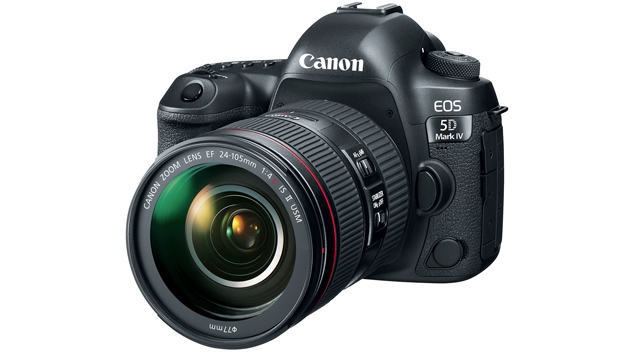 At DV Expo in Pasadena on Sept. 23, 2009, the Digital Cinema Society held a meeting devoted to the Canon 5D Mark II and soon-to-be-released 7D and the Panasonic Lumix GH1, still cameras that some people have adapted to use as video cameras. At its under $3,000 price point, these cameras have become all the rage among low budget and experimental filmmakers. The crowded room was full of HDSLR enthusiasts, many of whom expressed eagerness to know when Canon would release the 7D.

The meeting was chaired by Simon Sommerfeld, president of the Digital Cinema Society's Northern California chapter. Sommerfeld introduced the meeting, which featured footage shot on both cameras, by Sommerfeld, Guy Norman Bee and Paolo Cascio. Also on hand were Brian Valente of Redrock Micro and Illya Friedman of HotRod Cameras to talk about support systems for HDSLR cameras; Tim Smith of Canon; and Richard Schleuning of Zeiss Optics.

Sommerfeld showed two short spec pieces, one shot with the Canon and the other with the Panasonic, both by Art Adams, SOC on a shoestring budget. "The rig does have its quirks but you can get away with shooting with a very small crew," says Sommerfeld, who reported they used the Zacuto camera support. "The idea is you have a couple of grips so you can build out the camera to a size you can handle and get some support. If you shoot in a smaller configuration, for things you want to keep as low profile as possible." Sommerfeld said he'd enjoyed working with both cameras, using HotRod Camera's PL Mount and Zeiss' Compact Primes. "The camera was extremely light sensitive," says Sommerfeld. "It saw into the dark."

Cascio showed some footage from the Canon 5D, which he shot with Bee, two versions of a spec spot for After Shock. "These were originally intended for Internet use for YouTube," he said. The spots were shot at the Bourgeois Pig, a bar in Hollywood and "an extremely dark place" at 2500 ASA. "We lit it with two Fat Boy Kino Flos and two Lite Panels," says Cascio. "Thatâ€™s all.Â  Coming right out of the camera, it looks pretty impressive." They also showed a spec spot for the Apple iPhone that looked quite impressive. It was shot almost entirely with available light â€” using only a Lite Panel Micro Pro for a little fill and eye light â€” at 250 ASA and graded on Apple Color.

Canon's Tim Smith spoke about the advent of HDSLRs in the filmmaking community. "I think weâ€™re on the cusp of a bit of a revolution," he said. "In the 20 years Iâ€™ve been with Canon, Iâ€™ve never seen things change so fast as they have since last November." He said the 7D would ship "in another 10 days."

Describing the Canon 5D Mark II, Smith noted that "we didnâ€™t design this camera for you guys…we didnâ€™t even think of you guys. When they showedÂ  the 5D Mark IIÂ  to the video guys, we flipped out," he said. He noted that the 5D had been built for AP and Reuters which had asked Canon to build a camera that their still photographers could use to also grab video for the website. "When we saw the 5D footage, it was tough to hold our tongues and to convince the Canon people what would happen to our business once the camera was released," continued Smith. "Our marketing team expected 3 to 5 percent of the people who bought it would be interested in the video side of the camera. Itâ€™s closer to 40 percent, and there are 15,000 5D cameras on back order."

Smith also noted that although AP and Reuters were looking for a hybrid still/video camera, most people who buy it don't care about the hybrid aspect. "The image quality is the main driver," he said. The first thing it was used for was a web series for the TV program Ghost Whisperer. "They had trucks, catering and the tiny camera," he said. "They wanted to play with these new toys. They did eight webisodes of four to five minutes each with two cameras, which were still in prototype form. The results were pretty amazing."

Timecode is still absent from the 7D, however. Why no timecode? "We asked that same question of the head engineers who designed the 5D," said Smith. "And they asked what we would use timecode for. We thought, this is going to be a long year for us. They didnâ€™t add it with the 7D either.Â  Iâ€™ll make them edit something and then theyâ€™ll know." Smith said they are working with a thirrd party who will add timecode during the ingest. "That software is only a few months away."

Smith introduced Redrock Micro's Brian Valente, whom he met on the set of 24, where cinematographer Rodney Charters, ASC, used the Canon 5D. "Brian built one of the first rigs that turns this into a more conventional camera," explained Smith. "And Iâ€™ve seen some unique handheld stuff with it." Valente showed off the various rigs his company builds that works with the HDSLR cameras.

The Canon 5D Mark II has been out in circulation long enough that people are using the camera in entirely different ways, said Valente. On Terminator Salvation, cinematographer Shane Hurlbut used up to 15 Canon 5D Mark II cameras. "Itâ€™s a whole different shooting style and a whole different look and feel," he said. "We started to realize that people have different shooting styles.Â  They start to look at rigs that are more of a handheld style." Valente came up with shoulder rigs for people who prefer to shoot in an ENG/documentary style. "The camera but takes on the form factor of all these different configurations," he said. "Redrock realized our model of affordability and ownership fit very well with this camera and can be adapted for whatever shooting style you have and sold at an affordable price point, starting at $500 and not much more.Â  This is for people looking for a way to own their own production tools."

Next, HotRod Cameras' Friedman showed a three-camera shoot-out of a music video in which DP Byron Shaw shot with the RED One, Canon 5D Mark II and the Panasonic GH1. The vast majority of lenses were Zeiss lenses. Schleuning, national sales manager for Zeiss camera lens division, described how Zeiss SLR Lenses are designed for still photo but are great–but not ideal–for video because "the lens barrels are not cine style, focus rotation varies by lens, click stops on aperture." Hence the Compact Prime Lenses. "We based it on the optics from the Zeiss ZF lenses with 7 focal lengths," he explained. "The one weakness is that the T stops are not matched but this will be addressed. The lenses feature true cine style barrel, with the same size across the different lenses; geared for focus and aperture control with 300-degree focus rotation;and internal focus design so lens barrel doesnâ€™t extend. "Focus scales are calibrated by each lens," he said. "With a 14-blade aperture for a more natural focus falloff." The Zeiss Compact Lenses are, as the name suggests, lightweight and compact … and reasonably priced. Four lens are $15,800 and all seven lenses are $28,000. The target market are owner/operators, for people who own a RED One or HDSLRs using a PL mount adapter as well as future HD cine cameras.

"We see the trend is towards owner/operators so these lenses are aimed at those people," said Schleuning. "Weâ€™re on the crest of a wave that will change this industry. The 7D etc will continue the trend."

Illya Friedman from HotRod Cameras has been in the business for quite a while as a camera assistant and operator and in the rental business for last 16 years. One hobby was designing "bits of kit for my AC and operating kit of stuff" and when he becameÂ aware of the HDSLR revolution he realized Panasonic's H-1 had room for a proper adapter to help it hold the weight of a cine-style lens such as the Zeiss Compact Primes. "So a little tiny camera can get all the benefits of the Zeiss Compact Primes without compromising its form factor," said Friedman, who began shipping his first gear three months ago.

He then showed a scene from the feature Rejouer, which was shot entirely in the GH-1 with the HotRod PL Mount and grip system and lighted by Roscoâ€™s LitePads which, said Friedman, "are very inexpensive and take almost no power." "The whole scene was lit with AA batteries," he said. He also showed scenes–including nighttime scenes–that were shot with available light with an ASA of 400 or less.

"Using cinema lenses allow you to work professionally," he said. "Any professional assistant will know what to do.Â  You can pull focus to the exact spot. You can have professionals on your set.Â  The lens that comes with the camera has some issues with it.Â  We found some problems with rolling shutter, also a jello affect and some compression artifacts. So there is definitely some risk but also a tremendous amount of benefit. It gives an amazing amount of performance in a really small package. HotRod allows people to take the advantages without sacrificing ergonomics."