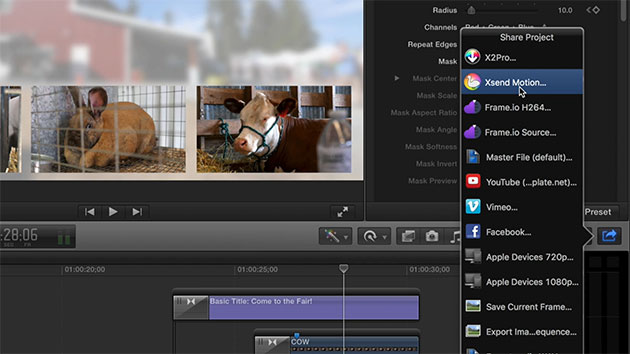 Ripple Training is known mostly for its excellent Final Cut Studio / Final Cut Pro X training (though DaVinci Resolve tutorials were recently added to the mix). Ripple's newest product isn't training-related but rather a plug-in for Final Cut Pro X. Callouts might not be useful for all your FCPX edits but it's the type of tool that can come in quite handy in the right project. At $49, it should quickly pay for itself in the time it saves.

What does Callouts do? Think of the Raiders of the Lost Ark-style map animations, the telestrator-markups that happen from the commentators on television sporting events or thought bubbles that appear in live-action ads and you get the idea. While Callouts isn't exactly freehand, it looks as if it will do some really complex things in a rather simple way. While we know that FCPX effects are based on Motion-templates (and you could likely do most of what Callouts does in Motion without the need for Callouts) there appears to be a pretty big range of options included with the plug-in. As I said, you can probably recoup that $49 in time saved on just one or two jobs. An animated map is just one thing Callouts can do. Head over to the Callouts website for more examples.

Callouts is availalbe through the FxFactory plug-in architecture, so you'll have to install the latest version to get it. But once you do you'll enable a free trial as well.