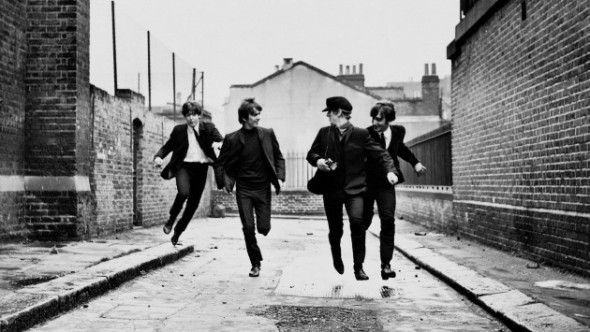 Heaven's Gate had intimations of greatness when it premiered in 1980 and greatness, at least on one level, it did achieve: the film was a colossal commercial flop that mystified audiences and critics alike and destroyed D.W. Griffith and Charlie Chaplin's United Artists studio in one clean shot. At the time, Roger Ebert called it "the most scandalous cinematic waste I have ever seen, and remember, I've seen Paint Your Wagon." Director Michael Cimino's 219-minute epic Western, which he wrote and produced but also mauled under deadline to a disjointed 149 minutes for theatrical release, subsequently went into a long, deep sleep. Efforts to revive its reputation over the years misfired and the film is remembered by most—especially those who have never seen it—for its emblematic failure.

Now, it's getting a second chance at joining the film canon.

With a golden kiss from essayist F.X. Feeney and The Criterion Collection, a digitally restored 216-minute director's cut of Heaven's Gate, supervised by Cimino, has emerged. Criterion calls the film "a visionary critique of American expansionism…[that is] among Hollywood’s most ambitious and unorthodox epics," and will release Blu-ray and DVD special editions on November 20. (For a look at the metacritical minutiae surrounding the restoration, see Criterion's Forum here.)

On Thursday, August 30, the Venice Film Festival will screen the restored version and present Cimino with a Persol Award. According to festival director Alberto Barbera, the honor is "a belated but long overdue acknowledgment of the greatness of a visionary filmmaker" who was "gradually reduced to silence after the box-office flop of a masterpiece to which the film producers contributed with senseless cuts." The other restored classic films to screen at the festival, which opens tomorrow, are Billy Wilder's Sunset Boulevard and Ingmar Bergman's Fanny and Alexander.

Yesterday, the Film Society of Lincoln Center joined the chorus and added Heaven's Gate to its schedule of Masterworks in the New York Film Festival. (For the full list of the NYFF Masterworks, including Federico Fellini's Fellini Satyricon and a director’s cut of Frank Oz’s Little Shop of Horrors, visit the Film Society's site here.)

Does Heaven's Gate deserve a second look? I admit I've never seen it on the big screen and I've also never managed to watch the entire thing in one sitting, first fast-forwarding through a bad looking and sounding VHS copy and catching pieces of it at intervals on cable. The romantic in me is partial to the roller skating scenes (still, at top) and this dance scene featuring stars Isabelle Huppert and Kris Kristofferson. Sometimes I think of the film, short on plot and excruciatingly long on style, as the strangest music video ever made.

How Heaven's Gate was made is a story in itself. Cimino, double-fisting two Oscars for his 1978 film The Deer Hunter, was indulged by a studio already teetering on bankruptcy. Notoriously over budget and, many maintain, completely overwrought, the film became the ultimate cautionary tale for an industry full of less spectacularly rendered mistakes. For that reason, the back story, which you can watch on YouTube in this eight-part documentary, may be infinitely more entertaining. The doc is based on Steven Bach's book about the film, Final Cut: Dreams and Disaster in the Making of Heaven's Gate.