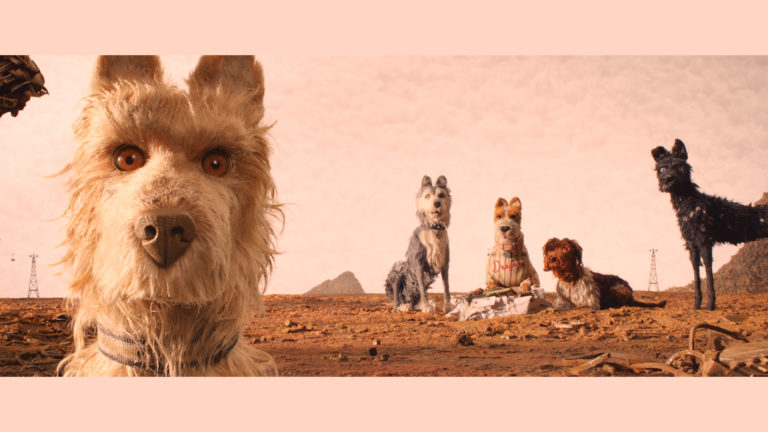 Hillsboro, OR animation studio is known for the handmade look of its painstaking stop-motion animation work. But on Paranorman, the company pushed the stop-motion envelope, using 3D printing technology to extend an innovative face-replacement technique and bringing a few fully 3D creations into the character mix.
Video: A one-minute scene from Paranorman.
"Coraline [Laika's previous stop-motion feature, directed by Henry Selick] was predominantly a 2D compositing show," VFX supervisor Brian Van't Hul told StudioDaily during an interview at SIGGRAPH last week. "Paranorman had a lot more 3D." Directors Chris Butler and Sam Fell wanted a more expansive animated universe, which had Laika doing 3D set extensions, populating crowds with CG extras, and even creating a cast of 14 CG ghosts to supplement two "real" puppet ghost characters. (Only seven of those actually ended up in the film, meaning Laika has extra CG models in reserve for a potential sequel or another project entirely.) Also created in CG were an owl, moths, butterflies, and zombie stand-ins.
The decision to add CG characters to the mix was mainly a matter of practicality, explains Van't Hul. "Making physical puppets takes a long time," he said, noting that because multiple units are shooting at the same time, duplicates have to be made of any important stop-motion character models. "And if the character's only in one shot, it doesn't make sense to make a puppet."
Why Paint a Portrait?
Given that expense, we asked Van't Hul about the justification for doing it the hard way, shooting physical puppets rather than making CG animation. "I always give this example," he said. "Why do it in stop motion? Why would you paint a portrait rather than taking a photograph? You're capturing the same image. But different people approach it on different levels. If [CG animation] doesn't look right, you kick it back to CG. But this is a physical, real thing. It's easier and it looks better doing physical animation.
But stop-motion animation leaves a trail of visible indications of the techniques used. For one thing, there are rigs on set that hold puppets and other animated elements in mid-air, or simply in awkward poses, that need to be removed using CG techniques. For another, there are the seams on character's faces that show where different pieces have been assembled to create animated facial expressions on a frame-by-frame basis. (Norman's head alone was made up of over 78 individual parts, some of them laser-cut and others vacu-formed.) Those are digitally removed as a matter of course, but we asked if there's a temptation to "go commando" and leave those artifacts of the animation process exposed.
"On Coraline, that was a part of the discussion — [Selick] wanted to leave the seams in," Van't Hul responded. "That supports the feeling of a hand-crafted, handmade film. But the people who pay the bills, the marketing and distribution people, are not big animation nerds. They don't appreciate that level of the craft. And eventually we realized they were right. On a certain level it works, but it is distracting to the performances, especially in close-ups. And that's the defining thing. How much do you leave in to serve the story and the performances?"
More Faces, More Feelings
Paranorman took stop-motion performance to a new level of detail through the use of 3D printing to create a multitude of replacement parts for facial animations. The technology was used on Coraline, but only one of the printers used on that film printed in color, which limited their usefulness. "The technology allowed us to take stop-motion shots to the level of character-driven shots — a roller-coaster ride of emotion," said Brian McLean, Laika's director of rapid prototyping. "On Coraline, we were breaking the barriers of performance [in stop-motion animation], and in Paranorman we did more, but bringing design along with it."
As an example of the broader palette enabled by the color printing technology used on Paranorman, McLean cited "negotiations" that took place over the design of the title character in Coraline — she was allowed to have only five freckles on one side of her face and five freckles on the other. "Each one had to be hand-painted," McLean recalls, "so some poor painter was there for months of his life doing those freckles." But color-printing technology allows that painting process to be automated — one of the characters in Paranorman has a gloriously freckle-covered face and, thanks to color 3D-printing technology, minimal man-hours went into making it happen. That's not to say it wasn't a lot of work — as McLean points out in this video, the 3D-printing process used up 8,000 pounds of printing powder and 77 gallons of super glue to make 40,000 replacement faces for 300 puppets.

Video: Get a look at the 3D-printing process.

The Importance of Asset Management
Because so many of the big innovations on Paranorman were refinements and expansions of techniques first employed on Coraline, we wondered if there was anything completely new in terms of technique or the technology pipeline that made life easier at Laika during the production of Paranorman. "The biggest thing technologically was asset management," Van't Hul told us. "There were so many assets, departments and details that all have to be cataloged and tracked. We used Shotgun to track our assets. It allowed us to see the ripples from changes and modifications that were made. We could easily find a piece of artwork that the director looked at six months ago. It takes a long time to make a film. You start by planting seeds, and if you can't keep track of their growth, things tend to get out of control."