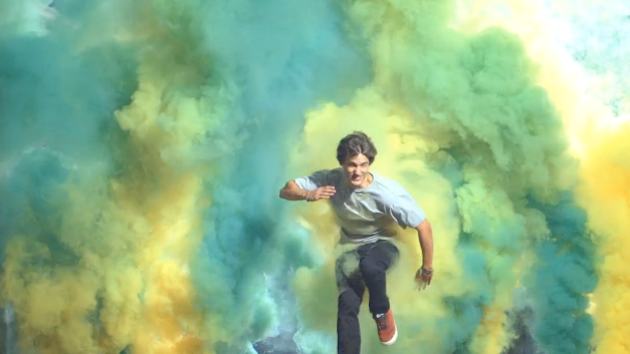 Can the industry be saved here in the US? Of course it can. Lots of things can be done. The question is, what can a VFX house do to insure its existence for the long term? I've been interviewing lots of people, observing successful houses, and also failures. I've been pondering and scratching my head. With the downfall of Digital Domain, it's been a pretty depressing time, but a few things have become clear to me. Our industry must survive. Here's my take-away.

1. Never take work you know you will lose money on. If your studio is that desperate, the rats are already running down the ropes. Start letting people go and resign before you file bankruptcy.

2. Never base your business model on doing the simply the "ordinary." That can be done faster, cheaper and maybe better in India, China, Korea, Yugoslavia…and the list goes on and on.

3. Find the right people to manage things. VFX people generally make lousy VFX studio managers. You need someone who knows the business, has a talent for management. He or she doesn't need to be nice, but they do need to treat people with respect and make good business decisions. Never let them make artistic decisions…it's not their job and they don't have the chops for it.

4. Only hire the very best, most productive and talented people you can get your hands on and give them as much job security as you can. This feeds on itself. As you get better and better projects and build a reputation, more of the best people will want to work for you.

5. Pay your people well…but not too well. Too many artists in this industry are used to getting extremely high pay and that needs to be curbed—a bit.  Having a hundred people making a quarter million a year can kill a company. You certainly can't keep them around between jobs. Offer them a fair salary but remember that a great work environment and decent benefits often make up for a slightly less-than-rock-star paycheck.

6. Be fast and efficient. If you're doing TV right now you're ahead of the game…if you're doing feature work take a look at how the TV guys work. They're now doing feature-quality work in days instead of months. They have workflows and schedules that will blow your mind. They are the future.

7. Get subsidized. California is not the best place to base your operations. You can't compete without subsidies and California has none. This crazy international subsidy thing is twisting the industry all out of shape. You can't beat them, so join them. You need at least one leg in a subsidy location. It could be one of the States now offering interesting subsidy deals or in foreign countries, especially Canada.

8. Pick one area of VFX and do it better than any other studio. Get known for it. Create your own proprietary software that will do the job better than anyone else. In-house development teams seem a key to success, but not the whole answer. They're expensive, so be sure you're on the right track.

9. Avoid massive overhead. When you don't know where your next dollar is coming from (and VFX studios never do) it's best to stash a little for a rainy day and not spend it as fast as it comes in on fancy crap and luxury.

10. Be good to your employees. Feed them, give them great equipment, love them, treat them like they are valued and give them weekends off. All too often VFX people feel under appreciated because management never takes the time to voice appreciation. The best houses often do. Give random, earned bonuses…never give standard bonuses, they loose their effectiveness almost immediately. Always keep them a surprise. And be creative, don't just give money…give special things that are personally meaningful. Do not limit these incentives to top management. Take special care of your line people who actually do the work.

11. Stop looking at the Studios as the enemy. They need to make a profit: movies are expensive and they don't know how any one will do at the box office. Sure, they make windfalls when a film hits big, but then they also lose when expensive VFX movies without a story – Prometheus? – hit the dumps. They want to work with houses they KNOW will deliver outstanding product on time and in budget. But be firm and don't ever let them expand the scope without expanding the budget. This is a business, not a hobby. We're all here because we love it, but also because we need to make a living.

12. You need a star negotiator, your Executive Producer. This one is VERY important. It's one of the places so many smaller VFX studios screw up. Many of the people calling themselves Executive Producers in feature work and TV are just not qualified to do the work. Some are almost a joke – oh so wish-washy nice, and don't want to offend anyone. It takes a very special personality and savvy and experience to be a true Executive Producer at a VFX house. It should always be a title earned through stellar performance. He or she has to have balls of blue steel, know their opponents at the table, and negotiate with skill and craft beyond that of ordinary mortals. Great EP's are not easy to find. They are expensive and worth every penny. They are the ones who make sure you're overhead and profit margin on a job makes sense. They are not intimidated by the Studio negotiators. They are one important key to your studio remaining in business over the long term. I advise you to train your own from within if you can, but it helps to find one who is tough but smart. She can train the others.

13. Build a corporate culture. Make your people proud to work for THEIR studio…have a cool logo, brag rags and company bags, coffee cups and beer mugs. Have company picnics and other outings, sports teams. Let your studio be a proud part of your people's lives.

These are not difficult rules…finding a great EP is the hardest part. Developing your own software…ah…yeah…and learning to produce killer VFX in less and less time with each film cycle. O.K., none of it's easy, but you chose to be in this business. Make sure it IS a business and run it like one or you, too, will be looking back fondly on what could have been.

Here are my last two tips. Get to know your client-side VFX Sups personally. I know some are a little difficult, but most are good people with passions similar to your own. They have a tough job to do, and are often caught in the middle. So get to understand their job and do your best to make them look good. They will want to work with you again.

And very last, get rid of bad apples and dead wood. Make sure your people work well together. One toxic person can really screw up a production schedule and ruin the general happiness level. It's your job of know when someone is poisoning your company.

There is a lot of talk about forming a trade association of VFX Studios. Not a union, mind you; that would be for the artists. I'm looking into that and I'll write on that subject soon. In the mean time I recommend checking out Scott Ross's Blog on the subject at http://scottaross.com/ and you can read additional insight on this entire subject from my knowledgeable friend Bill Desowitz at Immersed in Movies at http://billdesowitz.com/.

Oh there is so much more, but use your head. We can't afford any more bad karma out there.