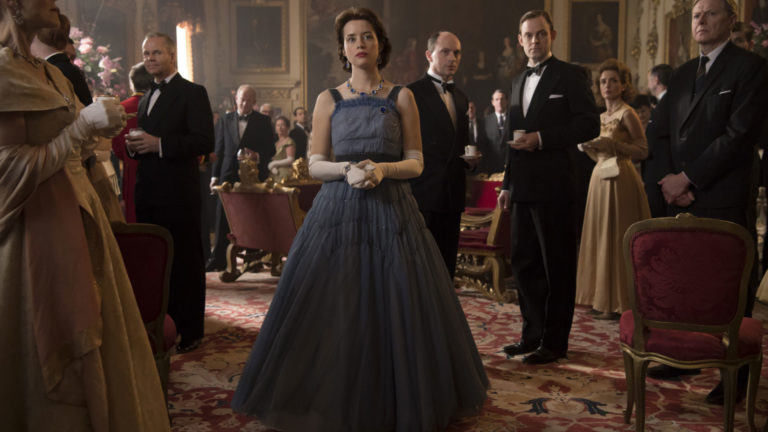 Shooting by Candlelight, Lighting by Projection-Screen, and Earning That Oscar

Already well-known for his work with director David Fincher, including The Curious Case of Benjamin Button, cinematographer Claudio Miranda saw his career reach a new peak this year with an Oscar win for Life of Pi, which he shot in stereo 3D with the ARRI Alexa. He followed that up with Oblivion, a big science-fiction project (and Tom Cruise action vehicle) that reunited him with Tron Legacy director Joseph Kosinski — and saw him shooting with the Sony F65 for the first time. We asked him about the advantages of Sony's camera, avoiding the blue screen, and how he worked to make sure the CG-heavy Life of Pi respected his and Ang Lee's visual intent from previs through VFX.
StudioDaily: I wanted to ask you first about Life of Pi, because after you won the Oscar — and congratulations on the Oscar! — there was some grumbling about the cinematographer on a big VFX film winning the Academy Award, as if the cinematographer weren't responsible for the look a film that's heavy on VFX shots. You probably heard some of that grumbling. Could you talk a little about what it takes for you to set a look on a film like this, and how you work with VFX to ensure that it's carried through?
Claudio Miranda: Well, many DPs out there probably don't see it through to the end, and some people make that assumption. But I spent three months on the film with Rhythm & Hues. And when we're on the set, in the tank, we're looking at the cloud references we have in front of us, as far as what the background is going to be. And Ang shows me watercolor paintings of what the feeling is going to be like, and I liked the watercolors we were referencing. And VFX puts their chrome balls and their grey balls up to extract the lighting from the set. We're all in agreement on what the goal is and what we're lighting for — at least the initial intent. We might bend some things in the DI to make it more gold or less gold, and have little variations in color, but we have an idea of where it's going to be from the very beginning. I went over to Rhythm & Hues and made sure the lighting was matching the background, and Bill [Westenhofer, VFX supervisor at R&H] and I talked back and forth about it. It's not like VFX is running on their own. Ang is there as well. And if you're working on a movie of any size, there are always VFX reviews with the director involved. Everything fits.
Were there cases in the film where you went back and forth with VFX because things didn't look right?
I went down there a couple of times and they said, "What do you think of this sky?" In one case, I told them a scene should feel a little bit hotter. The light direction was correct, but the scene was about Pi being thirsty and delirious, so it needed to be bleached out and feel a little hotter.
But VFX wasn't lighting scenes on their own.
No, that's the cart leading the horse. They take their lighting references from what I'm doing. That's why they go around with their balls and cameras and 360s — to make sure that when they draw their backgrounds, the lighting is correct. It's not just about painting. Your [3D] models have to have the correct lighting. When you were shooting, were you pulling in the rough previs so that you had a sense of what the completed scene would look like with VFX in place?
Yes, but the previs was from a totally separate department. We do that a lot, because it's very complicated, especially when shooting in 3D. Changing the lens takes 15 or 20 minutes. Your coverage is very narrow, so previs helps you pick your camera angles, be more confident, and know where the imaginary tiger is going to be. It helps in figuring composition in the scene. We're on set showing the previs — "Here's the tiger in the background, and here's the horizon that we want to keep in the frame." Kind of like that. We used the previs just because of the complexity of the shots.
The complicated thing about shooting in the tank is that, when the actor is on the boat, he's 50 feet away from everyone. You can't yell to him or talk to him. You have a boat that can loosely float around a 20-foot radius, but the tank is 300 feet long by almost 100 feet wide. We made some systems allowing the camera to fly around the tank but, logistically, it's hard to have that kind of conversation with an actor.
Did you have a similar experience working on Oblivion, as far as the extent to which VFX backgrounds were being integrated with your cinematography?
For Oblivion's Sky Tower, we were able to use projections that got us away from blue screens, which I'm very excited about. We had 21 front-screen projectors instead of a blue screen on the set.
[Sky Tower featurette via IGN]
So you feel that the effect is more natural than with blue screen?
Yes, especially things like skin reflections. Also, there are a lot of shiny surfaces reflecting the real sky, the clouds and everything [from the projections]. And it's a lighting tool — I'm lighting by it! Tom [Cruise] loved being in this environment. But it's not the normal technology for a film like this. Even the producers were saying, "We went from film [projections] to blue screen, and now we're going back to film. It sounds like a bad idea." And while they promised a two-week install, it took three weeks to install. I started to become a little skeptical. But our first shot is the one you see [in the video embedded above] of Tom walking outside. We knew then that it was the right way to go.
Whose idea was it?
Mine and Joe's. We talked about it on Tron Legacy. I was brainstorming with Joe and said, "Wouldn't it be great to do this all in camera?" On Tron I used projections and Barco panels for elevator rigs, and underneath one of the main rooms at the End of Line club. So he's used to me using a lot of projection material. I think it's a way to get motivated light happening on set. He liked that idea, and here was a set we could finally try it on. So we did tests and built the whole thing. It's not for the faint of heart! It works in this film because it's full of poofy clouds. If it had been structures, there would have been telltale signs that we were bending some of the blends [between projectors] a little bit.

And you got such a nice, soft light from the projectors.
The soft light it gave me for this scene, with the scattered reflections in the glass — it's a real environment. You're just pushing a little bit of lighting in. Most of it, 90 percent, is coming from the screen. It's an incredibly beautiful way to work, it really gives it a special look, and it's in camera. VFX said, "If you're going to do this with blue screens, you need to take all the glass out and make the shiny surfaces not too shiny."
What were your impressions of the Sony F65 camera?
I think the F65 is a great camera. I like its shutter and i like the way it shoots. It's a little big sometimes, in size, but now Sony has the F55, which is probably a better size. We did have a Red Epic when we had to go more handheld, and also for some body mounts we did with Tom.
The F65 did a really good job in the library scene. There's a shaft of light going through the library and Tom was lighting the whole thing, going into the deeper crevasses lit only by his flashlight hitting a couple of bounce cards. Tom said, "I can't believe you're lighting me with the flashlight." You really feel it. The lighting interaction feels really natural.

It's amazing to think of how high-sensitivity digital cameras affect even the actors, who are used to just having light poured on them so they show up on film.
And shooting the Sky Tower with the F65 — that would have been impossible on film. The projectors are huge and they're bright, and my exposure was a third under 2, or a 1.4/2 split, or sometimes wide open at 1.3. That was at 800 ASA. Imagine it on film. Instead of 21, I'd need 42 projectors. Nobody's going to go for that. And anamorphic goes out the window! But these things are possible with the new technology. There's a scene with a candle in the middle of the table, and you can see the flame and the heat coming off the flame, and it's just being lit by the candle. That is impossible on film. So there are definitely advantages in this new medium.
It makes me think about the lengths Kubrick went to to secure lenses that would allow him to shoot by candlelight in Barry Lyndon.
Ah, yes. But Kubrick had a bunch of candles. We have one candle, and the actors are six feet away. Even that lens still wouldn't been enough. There was no triple wick — it was one wick. And now the F55 is 1200 ASA, so nowadays it could be a beacon! It's all good. And I know I'll still be testing different cameras before I shoot my next film.
Claudio Miranda, digital imaging technician Alex Carr, and Film and Digital Times editor/publisher Jon Fauer will talk Oblivion at a panel discussion at NAB next week.