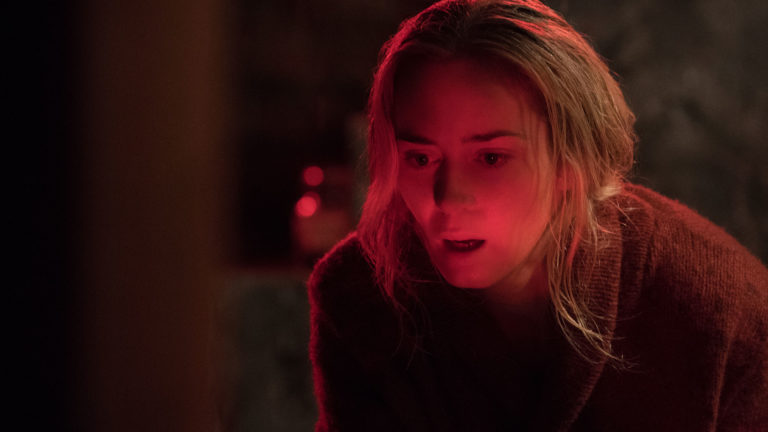 It may be tempting to phone in your temporary audio mixes during the editing process. But what if you could create full 5.1 temp mixes — not simple placeholders — while you cut, letting sound and picture inform each other as the story unfolds? You might want to rethink your strategy.

That's exactly what Avid editors and sound mixers at J.J. Abrams' Bad Robot did recently on Star Trek Into Darkness. To get there, the team led by editors Maryann Brandon and Mary Jo Markey used evolving point versions of Avid Media Composer from 5.5.3 to 6.5.2.

"One of the most groundbreaking things we did editorially on this show was have a constantly evolving 5.1 temp mix for the sound and music," says Julian Smirke, first assistant to editor Brandon on the film. "J.J. has been wanting to do more of a finished 5.1 temp mix on his last few movies and the technology just hasn't been there. Now that they have the ability to edit 5.1 directly in the software, we used it so much and it was so extremely helpful."

The process started as Brandon and Markey began handing off sequences to the assistants, Smirke explains. "They would give Rita [DaSilva, first assistant editor] and myself sequences to start cutting sound effects to. We also had an extra two assistants helping all of us with the temp sound design," he says. "In the past, you'd do all this sound work in edit, and the sound designer would come in months later and put their own sound design where our placeholders had been. But on Trek, we saw the evolution of those effects all the way to the end. Amazingly, some of those temp sound mixes that we had put in originally were used and are in the final. That's an exciting thing for edit assistants, for sure, because that's our creative, hands-on contribution to the movie."

Smirke, who has worked with both Brandon and Markey since 2005 and Mission: Impossible III, says that's standard operating procedure at Bad Robot — and especially in the edit suite. "Maryann and Mary Jo are very giving and inclusive of the entire team, and Rita and I are often brought into the creative process," he says. "We always give our opinions, and even J.J. is constantly asking our opinions of what's working, what's not and why. That's pretty common on all of J.J.'s movies."

Abrams, says Smirke, made sure that way of working was enabled across the entire post pipeline, from the grade to the stereo 3D conversion. Even though the film was shot conventionally in 35mm scope and 65mm IMAX and converted to 3D in post, the edit team had access to those files immediately. Smirke says he and DaSilva handled the addition of a converted stereo-3D layer in Media Composer so the scenes could be seen in full 3D during the edit. "Media management was pretty much the same as it has been on every other show, but as a result of the 3D conversions, we just had a lot more of it on Trek," Smirke says. The editorial team connected 12 Media Composer systems to a 64 TB ISIS, and Smirke and DaSilva organized dailies for Brandon and Markey as they went. "We basically put the converted 3D layer that was sent to us as a top video layer, high above the editors' cuts."

As the evolution of this show happened, we were able to get newer capabilities out of newer versions of Media Composer," he adds. "On previous shows, we'd usually stick with a single version of Media Composer. This time, we were able to keep rolling with those upgrades as they came around. It was an amazing thing to try, and it worked beautifully."