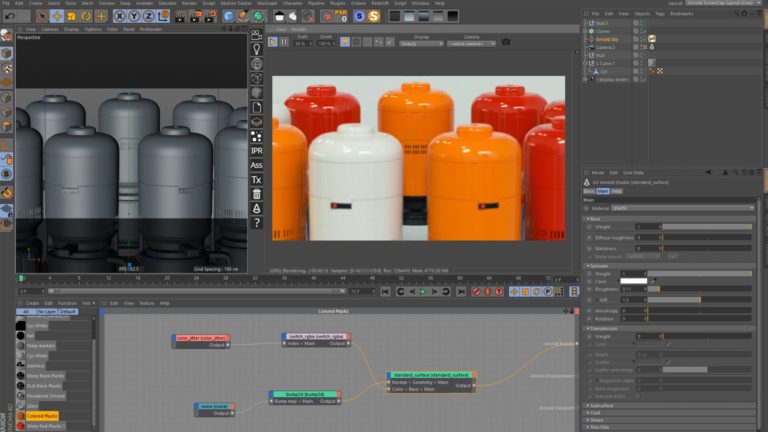 Framestore's Timothy Webber Describes a Film Set Like No Other

With all systems go, Warner Bros’ space odyssey Gravity rocketed to an opening weekend record for the month of October, pulling in $55.6 million domestically and $27.4 million globally. The tense thriller opens with a 13-minute sequence that reveals astronauts Matt Kowalski (George Clooney) and Dr. Ryan Stone (Sandra Bullock) outside a space shuttle. He’s on a space walk with help of his jet packs. She is not yet comfortable in zero gravity but, nonetheless, continues tinkering with something on the Hubble telescope.

The camera circles the shuttle, reveals the blue earth below, circles the astronauts. It’s a beautiful, calm scene soon shattered. They and we learn that a missile has hit a Russian satellite. Tons of debris from the satellite and subsequent collisions hurl into the shuttle, breaking it apart. Ryan, still hooked to a cargo bay arm, spins around the shuttle, terrified, unable to dodge the incoming wreckage. Matt convinces her to unhook. When she does, she flies into the void, adrift in space. She has the oxygen in her space suit, Matt’s voice in her ear, and the earth far below.

There are no cuts in this sequence, one of many long shots designed to plunge the audience in outer space. The question for most who walk out of the theater after seeing Gravity is, “How did that they do that?”

The answer is, of course, "with visual effects." But that doesn’t tell the story.

Gravity director Alfonso Cuarón and his friend and cinematographer, Emmanuel (Chivo) Lubezki, are known for innovative techniques such as those in Children of Men that immersed the audience in apocalyptic England. Now, they have immersed audiences in outer space with, as before, help from the third member of the team, Framestore’s Timothy Webber. Webber, who received an Oscar nomination for The Dark Knight, worked with Cuarón and Lubezki on Children of Men, for which he received a BAFTA nomination for best visual effects. He was the visual effects supervisor for Gravity, working with artists at Framestore who created about 98 percent of the shots in the film in terms of screen time. We asked Webber how the film's weightless performances were created.

Studio Daily: When did you begin working on the film?

Timothy Webber: The end of 2009 [and in] 2010. Alfonso hadn’t written the script, but he had a clear idea of the movie. It’s a film that needed a huge amount of planning for many reasons.

Did you previs the entire film?

Because it’s in zero gravity, the tiniest change in something can have a huge change on where the astronauts end up in the shot. Exactly how a hand grabbed something could have a massive effect on the rest of the shot. So we didn’t do normal rough previs. We did detailed fine animation work.

Did the animators need to create physically-accurate previs?

We had to make sure that all the animators who worked on the previs, and the proper animation later, understood the physics of space. It was hard. The behavior of movement in space is significantly different. Good animators give weight to characters. It’s deeply ingrained. Suddenly, they had animation with no weight at all. No air resistance to slow things down. So we gave them physics lessons. They studied footage from NASA. We had advice from astronauts. And we did some simulation work that was useful and informative. They didn’t often use it directly, but it would inform us and show us what would happen. Most of the previs was done in Maya. For the debris, we had proxies in the previs.

Can you give us an example of how simulation helped the animators create the previs?

When George Clooney has Sandra Bullock on a tether, he accelerates, which makes him go forward. As the tether pulls tight, she bounces forward, he falls back, she overtakes him, and he bounces back. You have this chaotic action going on. So we had a tether-driving simulation. You could control [Clooney’s] jet pack with a joystick as if it were a real jet pack, and Sandra’s character would bounce around behind. We discovered all sorts of strange things that you wouldn’t expect to happen. Then we had to coordinate the movement of the camera and lights so it would look as though that was happening to the characters.

You moved the camera and lights, not the actors?

We would move Sandra and George a bit, but instead of moving the actors around in ways that would be uncomfortable, if not impossible, and wouldn’t look like zero gravity, we moved the camera and lights around the actors to make it look as if they were moving. The way we shot most of the film relied on devices being pre-programmed with movement worked out in advance.

What did the previs control?

The way the lighting, camera, and actors moved was all based on the many, many decisions made during the previs. We took information from the previs and did a pre-light in the computer. The cinematographer would come over and we would design the lighting. Then we would take that information and program the lighting systems.

We had various different rigs for moving lights and had various rigs to move things the actors interacted with. We put the camera on robots normally used to build cars on assembly lines so we could move it around fast and in a flexible way. We worked it all out in a lot of detail, but we also had to make sure it was flexible. When the actors gave a performance, they needed as much freedom as possible to change things so they could vary the speed of their performance. It was a careful balance of pre-planning and making sure the tools we were using were flexible while shooting.

Did the actors work on wire rigs?

On the whole, they weren’t on wires — but sometimes they were. We had some shots when they were on traditional wires, and we had some shots with Sandra on a 12-wire rig. We had four points of contact – her shoulders and hips – and three wires connected to each of those four points. That gave us a triangulation for each point so we could control exactly where the point was in 3D space.

How did you control the wires?

We used puppeteers who had been working on the War Horse show in London. They had a little model of a puppet off to one side. When they tilted that up or rotated it around, the same movement would happen to Sandra. But most of the time the actors weren’t on wires at all. We had various other rigs.

What other kinds of rigs did you use?

Often each of the shots required a different rig. Sometimes, the actors were on a seat on the end of an arm that could move around. We had a tilt-plus rig that would tilt up to 45 degrees in each direction. We couldn’t turn the actors upside-down because they would look like they were under the strain of gravity, so we tried to keep them upright as much as possible even if, in the final film, they would be upside-down. We had bicycle-seat rigs. It was a total collaboration. I designed the general concept for what the physical rigs needed to do, and the special effects team led by Neil Corbould did the mechanics and executed the physical effects. They built the 12-wire rigs and the mechanics of the light box.

It was a big contraption that we used to control the lighting on the characters. It could change size and shape and change the way the character inside was lit. The idea came from Chivo [Lubezki]. I think he had seen the LED screens that played images behind a performer at a rock concert. I came up with the light box based on that idea – what we needed to do to make it work and how to put images on it. Framestore built all the programming for the displays.

Why did you need a light box?

We knew we weren’t going to spin the actors around and turn them upside down, so we needed to move the camera, not the person, to simulate the movement. But if we were doing that, we also needed to move the lighting. If a character was supposed to be moving around, the light needed to spin. For some shots, we could put lights on robots, but most of the time, the lights needed to have the quality of light in space. They had to be really huge. The minimum size of a light that would be four feet from a face was 15 feet across. And we’d have to move that massive thing around. It wasn’t physically possible.

It was a cube inside a cube. The cube inside changed shape and size. The standard cube Sandra was in was 10 by 10 by 10 feet. But it could have different dimensions depending on what we needed. There were sliders on the outside that could slide walls in and out, and it was on legs. The top was 20 feet high to provide room for the camera to move below the actors and room for the tilt rig underneath.

The cube was covered with LEDs. We could change the brightness, colors, and images on the LEDs so the light appeared to move around. If we needed earth light, we would create an image of the earth in LEDs and move that image around.  [The LED images] were coarse images designed from the actor’s point of view and not seen by the camera, but they gave George and Sandra an idea of what was going on around them. When George was in the box, he could see an image of the other astronaut that he could use as an eyeline. It was a strange thing, as were some of the other rigs. It was not like any other film set I’ve been on.

The earth is beautiful. Was it difficult to create?

It was much harder than we expected. We’ve made the earth for other movies and it wasn’t that tricky. But when you need to have an earth onscreen for minutes, you can’t use an image that you matte paint and tweak. It has to change during that time. They will have orbited. The light changes. So, we rendered the earth based on real geography. I decided we needed to have a physically-based renderer to get the quality of light we needed, so we used [Solid Angle] Arnold for the first time. Framestore’s R&D department and shader artists wrote 71,000 lines of rendering code to make Arnold do what we needed and adapt it to our pipeline. It was scary to render — an incredible computational load.

Looking back, did you need all these complicated techniques?

Yes. The more you think about the problems of zero gravity and simulating that while doing long shots, [you realize] trying to film it in any other way would just have been impossible. It was an incredible challenge as a project. The more we got into it, the more we realized how difficult it was. It was unbelievably tricky. But we knew it would be a great movie, and that was exciting.