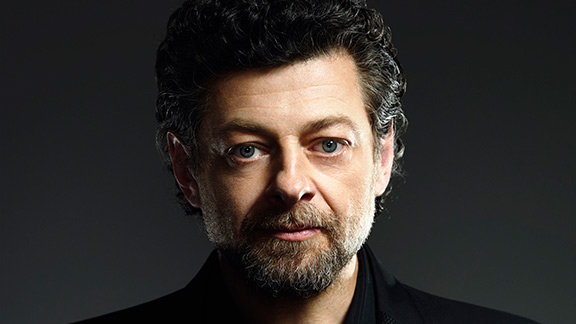 After doing monster box-office over its opening weekend, Godzilla looks set to usher in a whole new series of creature features as Warner Bros. greenlights the first sequel. Here's a look at some of the filmmaking techniques that helped make this version of the Godzilla story click, drawn from the film's production notes and interviews around the web with director Gareth Edwards, DP Seams McGarvey, ASC, BSC, and more.

In previs, keeping it simple keeps it real: "[We decided in previs that] the cameraman couldn't be suicidal. For any shot we got, the camera had to survive the shot. And the camera couldn't do things that real cameras can't do. You start getting into this trap which I feel like films can get into very easily — and I think this is where all those crazy camera moves come into it — is that when you do stuff in previs, you haven't got as much to look at. It's simpler models. The lighting's simple. There's not that much to distract you, so things seem a lot more boring than they are, so you move the camera, make shots shorter, and make it more dramatic. And then what happens is as soon as you make that photoreal it's a chaotic mess and you can't concentrate on anything. We didn't want to fall into that trap."

— Director Gareth Edwards, interviewed by fxguide
Godzilla is about 350 feet tall: "We wanted to make Godzilla as big as you possibly can. He's actually, technically, 350 feet in the film. The way we arrived at that was quite simple — we wanted him tall enough to see him in a city but small enough so he can be obscured sometimes. Otherwise, there is no fun. We went through all the permutations, and it was quite clear for us that the 350-foot mark worked. And especially because that makes him technically the biggest Godzilla ever. So we were like, 'Let's do that!'"
— Director Gareth Edwards, interviewed by Tech Radar

Monster facial expressions are based on reference footage from the creature performance specialist Andy Serkis: We called him in sort of at the end. We had the battle sequence, and getting the creatures expressions and thoughts correct is where Andy excelled. We didn't necessarily do motion capture, but there are more animation references, so he would act out, based on our sequence, what he thought Godzilla would be thinking or doing. We would literally film him, and then we could look at him and use his facial expressions as a reference to add on to our Godzilla or our M.U.T.O.s.
— VFX supervisor Jim Rygiel, Weta Digital, interviewed by Southern California Public Radio
Godzilla's roar was engineered for realistic acoustics: Breaking the original sound into three parts — a metallic shriek, followed by an earth-shattering wail and a bellowing finish — the sound designers conducted extensive experiments with a wide variety of sounds until they achieved a combination with all the texture and earth-shattering drama of Godzilla’s original roar. The sound designers set up a 12-foot-high, boulevard-wide sound system on a street on the Warner Bros. lot in Burbank. Blasting the roar through 100,000-watt speakers lined in an array, they recorded the reverberations from a number of angles, such as inside cars, behind store windows, in alleyways. It not only rattled pipes and rooftops but could be heard up to three miles away.
— from the film's production notes The Godzilla team's visual bible? Akira: "I think one of the most visually breathtaking films ever made is Akira. In terms of films you’re jealous you didn’t make, Akira is in my top ten for sure. My concept designer, who worked on the movie and had a very big influence on the film and storyboards, it’s his favorite graphic novel. We pulled all our favorite moments from Akira and had this library of reference, so whenever we got stuck, or we ever felt like a sequence wasn’t inspired enough, or we didn’t know exactly how to give it that edge to made it feel as epic as we could, we would always thumb through the Akira imagery and suddenly get a wave of excitement or a new direction. A lot of imagery from that film subconsciously or consciously affected this one. I’d never claim that our film is as good as that. It’s just a strong piece of filmmaking. It’s so brave with its storytelling."
— Gareth Edwards, interviewed by Popular Mechanics That classic 'scope look comes via vintage Panavision C Series anamorphic prime lenses mounted on ARRI Alexas: "We are at the cutting edge of visual effects and digital cinematography with this film, but the idea was to make the technique invisible so that it won’t be heavy handed but have a vivid quality that will let an audience sense that what we’re seeing is really happening,” McGarvey shares. “We’re using older glass on modern cameras to replicate the classic flares and attributes that Gareth and I both love from the movies of the era. We consciously employed a lot of handheld in a very visceral way, almost as though the cameraman was witnessing these things live. At the same time, we’re shooting in anamorphic and have huge monster moments in the film, so it’s got the big CinemaScope feel you’d expect from a movie of this scale.
— DP Seamus McGarvey, ASC, BSC, from the film's production notes
His experiences on The Avengers and Godzilla have not made DP Seamus McGarvey a fan of 3D: "As a cinematographer I absolutely despise it. To shoot native 3D is so complex. The machinery involved completely goes against any kind of fluidity to the camera. It takes so long to set up. We actually started shooting “The Avengers” on real 3D using Red cameras and AnimaTechnica rig. After one day of shooting the director said that we’re not doing it. Sam Jackson and Stellan Skarsgård said that we better get our act together or they are out. It really got that serious. Each lens change was 45 minutes, it was a disaster to align the cameras up. In the end we did it in post which is a much better way of doing it …. We shot “Godzilla” as though it were a 2D movie. On “The Avengers” there was a stereographer involved. To be honest, that was a complete pain in the ass. He was telling us that we can’t do over-the-shoulder shots, and Joss [Whedon] was telling him that he was going to do them in any case because you have two people talking to each other. And he loves shooting through things, like Douglas Sirk, with stuff in foreground. The stereographer was saying that it was impossible to have grass in the foreground, and Joss was telling him to just make that a 2D shot. So “The Avengers” got a lot of 2D moments and they just chose when to make it 3D …. I'm just hoping that it goes away."
— DP Seamus McGarvey, ASC, BSC, interviewed by Pushing Pixels

The film's Golden Gate Bridge sequence was one of the surprisingly few segments filmed against green screens: "The art department, led by Owen Paterson, who designed ‘The Matrix’ among others, built the service of the bridge and the straits in Vancouver, where we shot most of the film [at the Canadian Motion Picture Park]. The set consisted of 450-500ft of bridge, and we surrounded it with green screen. Interestingly, for a lot of the film, there was not a huge amount of green screen. This is unusual for me because VFX films often employ a lot of it, but in this one, more rotoscope and roto work was done. So Gareth [Edwards] really wanted green screen for this particular scene because of the amount of movement, people running around, rain, etc. This huge set had a V-shaped green screen running the length of it. It was the biggest green screen scene I’d ever worked on. So that was a big challenge but it looked fantastic in the final film."
— DP Seamus McGarvey, interviewed by the Irish Film & Television Network
The HALO jump sequence, in which a team of soldiers parachutes into San Francisco during a monster battle, cuts rapidly between live-action footage with digital environments and all-CG shots: Watch the Anatomy of a Scene video from The New York Times:

If the music in that scene sounded familiar, you're not imagining things: Godzilla's orchestral score is by six-time Oscar nominee Alexandre Desplat, but the music in the HALO jump scene is by 20th century Hungarian classical composer Gyorgy Ligeti. You may be remembering the piece from its memorable deployment by Stanley Kubrick decades earlier. According to The New Yorker, Kubrick selected that piece after his wife, Christiane, heard it broadcast on BBC radio and recommended it to him for what was then his current project — 2001: A Space Odyssey. Given the success of the film at the worldwide box office, and the eerie effectiveness of that scene in particular, let's hops Gareth Edwards sends Christiane a holiday card!