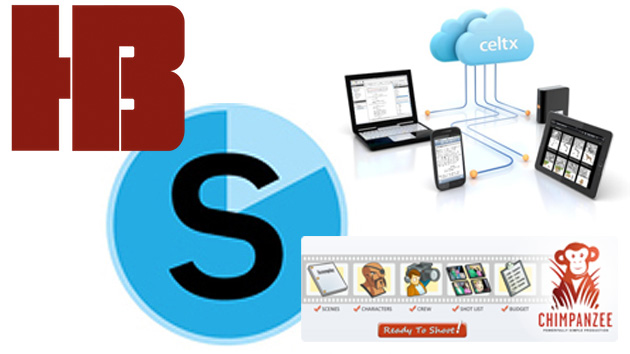 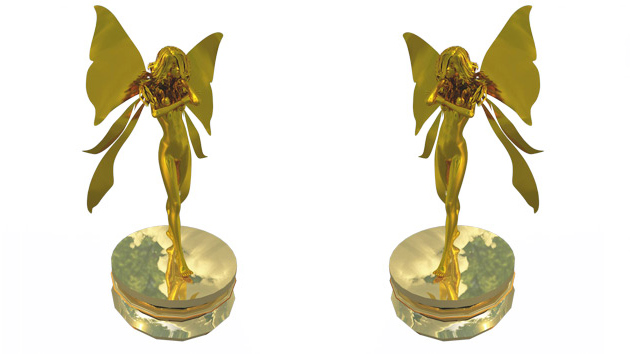 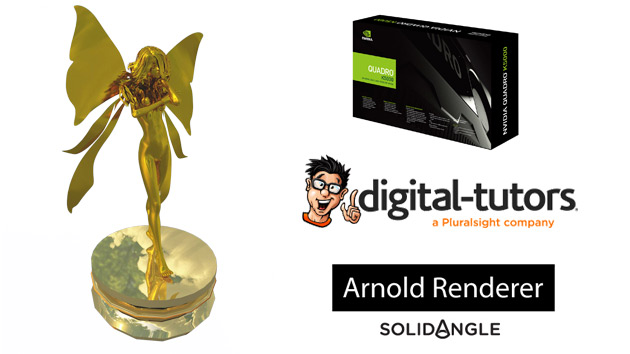 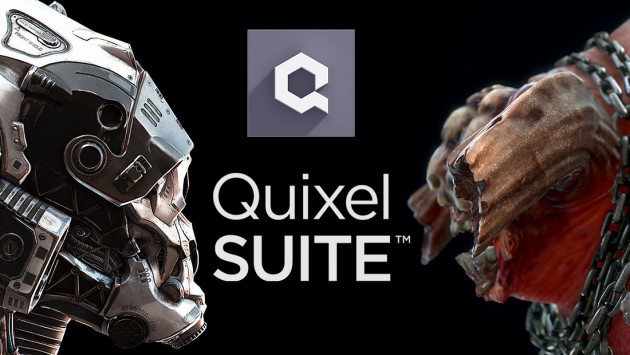 I have always been a rule-breaker — as I believe many of you are. I follow civil rules, but tend to dislike doing things the way they've always been done. Thus you may have noticed I make up award categories as I go along. I've always done it that way, but it's my way. Anyway.

Selecting Pixie winners is not as easy a task as it may seem. I wrestle with them and have sleepless nights. I don't want to be unfair, and some of the decisions are very difficult. For example, when it comes to material development tools? That's a big category this year with many outstanding tools. So let's move forward.

I'm kind of cheating. I was torn between xNormal and CrazyBump as the best texture tools. CrazyBump was falling behind because it isn't free. In fact, I feel it is way overpriced. But, all factors considered, it gets a Pixie. Why? Because I have so much fun creating great textures with it. Seriously, it is the most intuitive and easy to use and texture tool in my arsenal. It is not the most accurate, but it is the most used.

This is a screen shot of a 3D texture I created from an image of sci-fi pipes.

With it, I can instantly make a full set of maps. The original photo becomes the diffuse map, and the program somehow figures out an excellent displacement map, ambient occlusion map, specularity map and normal map. It is the quality of these maps that gives it a leg up. I can also load in a normal map and it calculates the displacement, occlusion and specularity. It also generates a diffuse map from the normal, which is really more of a surface detail map.

One thing I love about it is the instant real-time 3D display of your texture on a cube or roll or sphere, etc. You can even load an object. You can tweak the texture while looking at a real-time display of it with movable lighting, etc. It really is killer good.

My problem with it (that almost disqualified it) is the price. It costs $99.00 for what is basically a one-trick pony. It makes texture maps — really good ones from photos. At least, that is my main use of it.

Note that this award may be short-lived. There is a newer, competing product called MindTex, which is almost a clone of CrazyBump and costs a mere $15.00 It did not get the Pixie because the maps are not quite as good, but in some ways it is a more useful app. It creates a clever self-illumination map along with the others. It also provides more real-time surfaces to test your texture on; however, it has difficulty handling very large textures. For a little bit more money, ShaderMap is excellent as well. So officially I award a PPEBGPA to CrazyBump as the Most Fun Texture Tool in my box because I use it a lot, with an honorable mention of MindTex and Shadermap Pro.

Over a number of years, I have found this regularly updated set of plug-ins to be most helpful in creating the kinds of video I like to create. It is useful for motion graphics of all sorts and has been used to create some of the most spectacular abstracts we've seen on TV in recent years.

Talk about sex appeal: Trapcode Suite 12.1 has so many After Effects plug-ins that let you create so many astounding FX it went on my list more than a year ago. I'm giving the Golden Pixie to the entire Suite because It's all very cool. At $899, the price might seem a little steep at $899, but the 10 included plug-ins are worth it if you do motion graphics with VFX. You will save that much in time on your first job, making you more competitive. You could spend the next 10 years learning all the cool things you can do with these plugins, such as:

I can not tell you how many hours I have spend just fooling around to see what I could come up with. Combining Sound Keys with Particular and MIR and Lux all together to get ethereal, sound-driven footage can be so much fun (and profitable as well) for both large and small-time houses. Even freelancers will expand their portfolio greatly with this collection.

I am proud to award the Golden Pixie for Most Exciting and Useful After Effects Plug-in Suite to Trapcode.

Red Giant is a great company, too. They support users with excellent podcasts and online tutorials (Red Giant TV) and their active online community, with a library of free tools for VFX and motion graphics artists as well as film editors and filmmakers in general.

And now for my very first Golden Pixie awarded to a Cloud. Things sure have changed since I first started making these awards. Things have even changed since cloud apps first appeared not long ago. As many of you know, I was not crazy about the idea of Autodesk taking their applications to cloud subscription. I like to own a copy of my software so I can use it down the line if I need it. The thought of paying monthly for an application just goes against my grain.

But then I did some simple math and in general paying a monthly fee per year comes out to … wait for it … a really good deal! If you work in this business, you really have to keep your apps reasonably up-to-date in order to remain competitive. It's especially critical for graphics and VFX houses. So the idea of a system that keeps your on-box applications strictly up-to-date, at all times, does have some appeal.

Then one company decided to put all their applications online for one substantial-yet-fair monthly subscription price. And an even more fair annual subscription. Many of these tools are industry standards that we all use almost daily. I think there is only one company that fits this category. And the Golden Pixie goes to—forgive me, all of you who are still pissed about the idea of subscription software—Adobe Systems. I kid you not! It was a hard decision, but I have to give them their due. They are working with users more closely than ever, so their updates often include useful new tools. Their cloud system, so far, is working well. You get 20 GB of cloud storage with your subscription, too.

Adobe is also working with us (you and me) to find a pricing system that really works. The pricing structure is a bit complicated, but if you already own CS3 or higher the deal is pretty good at $29.99/month. New folks can get the whole package for about $80/month on a month-to-month basis — you can sign up for just a month or two to complete a project, and then sign off. The best deal is for educational institutions, which can get licenses tied to a single system for $30/month. Considering what you would have had to pay in years past to buy all this creative power (and keep it completely up to date), it's a good deal. The fact that you can get a single app for a project for one month for $19.99 is also very handy. And the 10-buck-a-month Photography deal, which includes Photoshop and Lightroom, is outstanding.

One last advantage is portability. Say you have to go on a job on Guam and you suddenly need SpeedGrade to finish the project. You just sign into your account and install it on any computer you're working on. You uninstall it when you no longer need it. This is particularly handy if you work on a laptop. Add to that the new line of tablet touch apps that link to Cloud apps, and you're looking at the future.

Okay, in a sense I feel like a guilty turncoat for giving this award because I have been unconvinced about cloud-based subscription programs. Nevertheless, I assure you, Adobe has earned this award, and I think we all have to admit their software is, in general, of a very high caliber. So congratulations from the heart, Adobe. I was wrong. Subscription software does make sense the way you're doing it. However, I wish you would introduce a system where when you stop your subscription after, say, at least two years, you get to keep certain key apps you've installed, without further updates. That seems fair.

For those interested, I've based this award on using and reviewing these apps:

I thought I'd just use Photoshop, After Effects and Premiere Pro, but I was wrong. With free access to the entire suite, I find myself using more and more tools.

I like doing environment concept designs, so naturally I've looked at most of the environment creation software like Mojo World, Bryce, Terregen, and Vue. Each one has it's strengths, but one stands out for it remarkably well designed interface and tools. Vue 14.5 is the clear winner of the Golden Pixie this year. This castle was rendered in Vue and then incorporated into a digital matte painting of nearly 100 layers by Peter Plantec.

Why? Because with it you have the tools you need to create amazing photorealistic images and animations that defy detection as pure digital. It is my entirely biased opinion that nothing really comes close to Vue for environment design and creation. Instead of writing a lot about it, here is are three images created by renowned environment artist Drea Horvath in Holland using Vue. Notice the atmosphere, water, vegetation, lighting and render quality. Vue is available in five different price levels, from the free Pioneer version to a full-bells-and-whistles Vue Extreme version. The latter contains plug-ins for most major 3D creation suites, including Max, Maya, Softimage, LightWave and C4D. It is amazing to work right within 3ds Max using the powerful Vue tools to create and animate environments of amazing quality after only a few days of learning. Congratulations to the development teams at E-on Software in the U.S. and France.

Vue can be used to create highly realistic establishing shots in very little time. This one is highly compressed for the web.

I've uploaded a very short video clip in which I have included bits and pieces from Golden Pixie winners. I composed this clip after watching a Peder Norrby tutorial on Vimeo. Of course, I went off on my own about halfway through.

I used After Effects CC and Vector Blur CC, as well as Layer Styles, all from Adobe's Creative Cloud. Then I incorporated Red Giant Trapcode tools Mir and Shine. I stylized the flame look using a free plug-in from Video Copilot called VC Color Vibrance. To add drama, I used some sound FX and atmosphere from Andrew Kramer's Designer Sound FX and Pro Scores packs. Fun stuff. It's only a few seconds. Enjoy.

It really is a pleasure to give credit to elements of our industry that do a particularly good job. I certainly will miss some deserving elements. But maybe I'll catch them next year.

Stay tuned, because there are more Golden Pixies to come. I've been working on this all year and I have found a lot of worthy recipients.