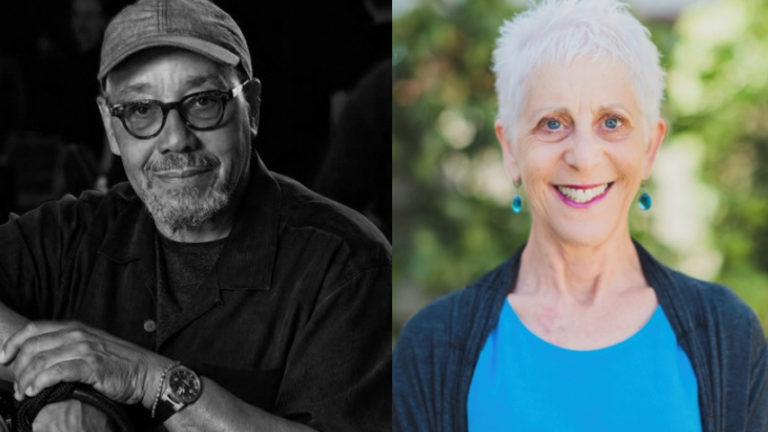 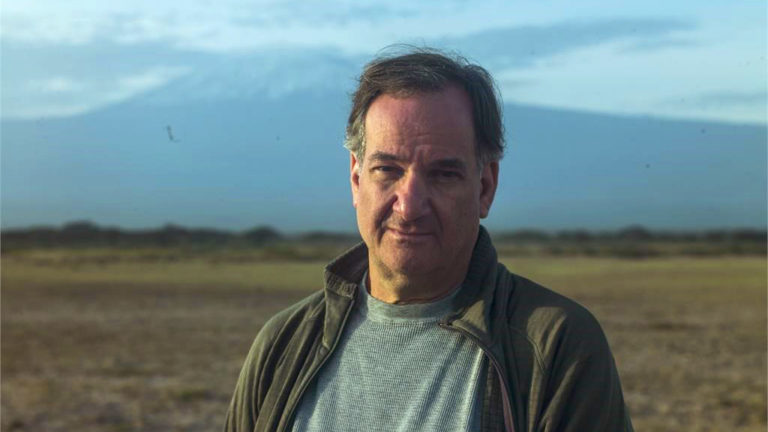 I say there are two kinds of people in this world — people who believe that the Oscars are a reliable indicator of quality filmmaking, and people who regard them as a congratulatory and vaguely embarrassing act of naked self-promotion on the part of Hollywood. OK, there's a fairly broad spectrum of opinion in the middle, but mostly I'm betting that you lean one way or another. And either way, if you find yourself nominated for one, or even seriously in the running, it suddenly becomes a lot harder to stay blasé about the prospect. No matter how you feel about them, the Oscars offer a fascinating look at how Hollywood feels about itself. It's like a long-running series of journal entries that records for posterity what Academy members found most impressive about filmmaking in any given year—not to mention what kind of campaign tactics might be used to influence their votes in years to come. So what do today's Oscar nominations tell us? Hollywood Loves a Mirror
If you're looking for Oscars, you could do a lot worse than making your movie about movies, music, or the theater. The backstage intrigue of Birdman and Whiplash follows in the footsteps of other contemporary Best Picture winners that look at the art of performance — Argo, The Artist, and Shakespeare in Love all mined similar territory. When In Doubt, Wow ’Em with a Prosthetic
Oscar loves a transformation. So it's no wonder that Steve Carell won a nomination for a role in Foxcatcher that required him to spend two hours in make-up every day and wear a fake nose. Of course, the part also represents a departure from his usual role as a comic, which can only help his chances. Nicole Kidman won her one and only Oscar to date for The Hours, in which she donned her own fake schnozz to play Virginia Woolf. Carell has a good shot at following in those, uh, nose-steps. December Is a Wasteful Prestige-Movie Pile-Up
The end-of-year Oscar-qualifying run is a ritual for award hopefuls, and this year no fewer than nine Oscar-contending movies opened between Christmas Eve and New Year's Day. But Oscar nominations were led by The Grand Budapest Hotel, which hit theaters back in March, and Birdman, which made its film festival debuts in August on the way to an October theatrical release. Both films earned nine nominations. With eight nominations, The Imitation Game was close behind. That film opened in November, but benefited (like Birdman) from a long, buzz-building festival run in the fall. American Sniper did well, but other Christmas releases like Big Eyes, Selma, Unbroken, and Into the Woods came up short. Oscars aside, is it really healthy for the industry to shoehorn so many movies aimed at thoughtful, quality-seeking audiences into December? Screeners Matter
One of the most critically acclaimed and even topical movies of the year, Selma, was nearly shut out of the Oscars — an odd situation, especially when you consider that one of the only two nominations it earned was for the top award of Best Picture. (The other was Best Original Song.) Selma, an intense, well-acted, and moving biopic of a beloved American figure, is exactly the kind of movie you'd expect the Academy to go for. So what happened? It's true that Selma's chances were hurt by a controversy over the film's treatment of President Johnson, whom it portrays as reluctant to push for voting-rights legislation in the immediate aftermath of the landmark Civil Rights Act of 1964. But it may have been more severely damaged by Paramount's failure to get screeners in the hands of the Guild members who help drive voting in categories like Best Actor and Best Director. According to Variety, DVDs of the film weren't ready until December 18, too late for SAG voting in any case, and were only sent to AMPAS and BAFTA members. If studios want Oscars, they need to have their movies ready to screen early and often.

Marvel Movies Are Driving Innovative VFX Work
In the one Oscar category that tends to recognize blockbuster motion pictures, Visual Effects, the results are dominated by superhero movies. And not just any superhero movies. Three out of five of the VFX nominees — Captain America: The Winter Soldier, Guardians of the Galaxy, and X-Men: Days of Future Past — are Marvel movies. And they earned recognition in a tough field, crowding out big-ticket contenders including Transformers: Age of Extinction and The Hobbit: The Battle of the Five Armies. In fact, of director Peter Jackson's six J.R.R. Tolkien movies, this is the first and only one to fail to pick up a nomination for its VFX work. With Avengers: Age of Ultron, Ant Man, and The Fantastic Four on tap for 2015, it seems like Marvel movies are positioned to shoot for at least another two nominations next year. After that? Ball's in your court, Batman v Superman. We Love Roger Deakins. Just Not Quite Enough.
Amazingly, Unbroken has earned Roger Deakins his 12th Academy Award nomination. More unbelievably, he has never won. That's right — according to Oscar, Deakins is the most consistently excellent living cinematographer never to have done the best shooting in a given year. Actually, the best explanation is probably that the nominees for this category are actually selected by the Academy's cinematography branch, while the winners are selected by a full Academy vote, and it's cinematographers who are most likely to gravitate to Deakins' work. He has three ASC Awards under his belt, after all, compared to his zero Oscars. By the way, Deakins is not the most-nominated cinematographer to never get an Oscar. That dubious honor goes to the late George J. Folsey, who earned 13 nominations between the years of 1932/1933 (when he was nominated for Reunion in Vienna) and 1963 (The Balcony). What about the title of most Oscar-nominated cinematographer ever? That one is shared by Leon Shamroy and Charles B. Lang Jr., both of whom earned 18 nominations. Shamroy translated all that recognition into four wins, while Lang won the Oscar only once, for A Farewell to Arms (1932). You Can't Force a Nomination
Many observers thought Jennifer Aniston had locked up an Oscar nomination for her role in Cake, following an unusually aggressive awards-season campaign that drew the attention of boosters and detractors alike. But Aniston was left off the Oscars shortlist this morning — conventional wisdom has it that she lost her spot to Marion Cotillard, who got a mostly unexpected nomination for her lead role in Two Days, One Night, a Belgian film by Jean-Pierre and Luc Dardenne. No offense to Aniston, but recognizing Cotillard's performance proves that the Academy is, at least at times, well capable of ignoring the pundits and looking beyond the U.S. movie industry. Maybe It Was a Bad Year for Black Actors … and Maybe It Wasn't
2015 is only the third time in the last 20 years that all 20 nominees in performance categories have been white. This seems worth remarking on partly because it illustrates how fragile the idea of diversity in Hollywood filmmaking really is—recognition for just one or two films can really tip the balance. Imagine that Selma had been finished a month earlier, so that Paramount could have promoted it more strongly to SAG members and gotten a nomination for David Oyelowo's performance as Martin Luther King. Or that director Tate Taylor's unconventional James Brown biopic Get On Up (his follow-up to Best Picture nominee The Help) had earned enough critical praise to make Chadwick Boseman and Nelsan Ellis (and perhaps Viola Davis) contenders in the acting categories. You can't trust the Academy to tell the whole story. Yeah, We Can Hear Matthew McConaughey Just Fine, Thank You Very Much
2015's biggest controversy in theatrical exhibition turned out not to be the decision to open Interstellar early in theaters that could stay play film prints. Instead, it was the film's sound that had some viewers complaining that dialogue had been rendered inaudible in the thunderous mix. It was never clear how much the griping online translated to dissatisfaction among the larger moviegoing audience, but at least one movie theater actually posted a sign in the lobby insisting that "all of our sound equipment is functioning properly" and that "This is how [Interstellar] is supposed to sound," an apparent response to complaints. Movie sound professionals, however, don't hear a problem. The film's Academy Award nominations for sound editing and sound mixing will serve as a historical record of the cinema sound community's feelings about Interstellar's sound mix. Being the World's Most Tech-Savvy, Detail-Oriented, Envelope-Pushing Perfectionist Director in Hollywood Won't Necessarily Get You an Oscar Nomination, Even When Your Film Makes $350 Million Worldwide and Has an 88 Percent Approval Rating at RottenTomatoes.com, Plus a Best Actress Nomination
Sorry, man. #teamfincher