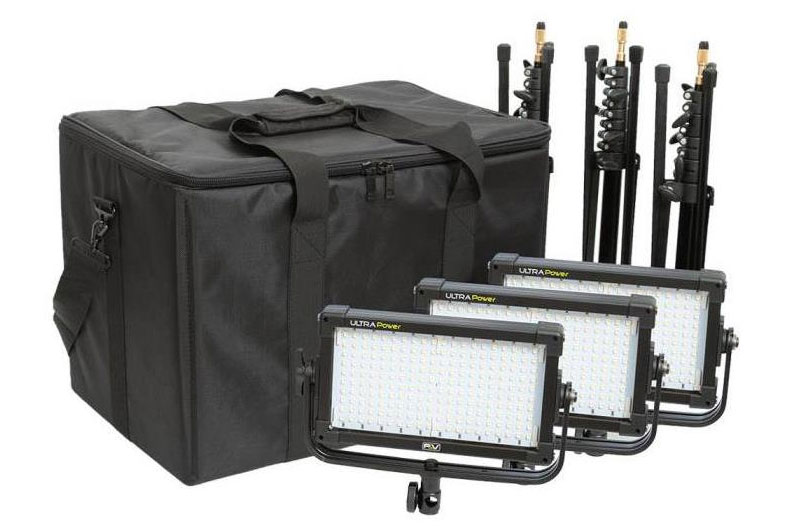 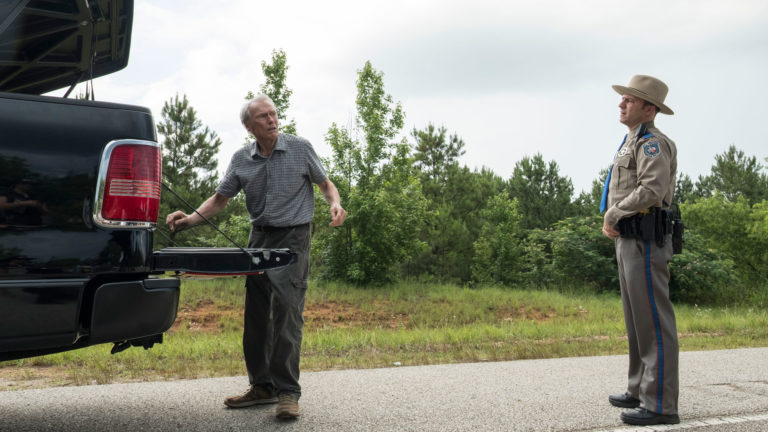 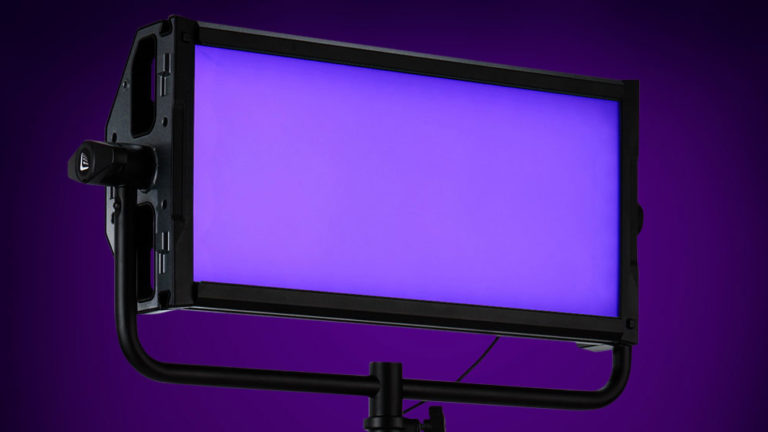 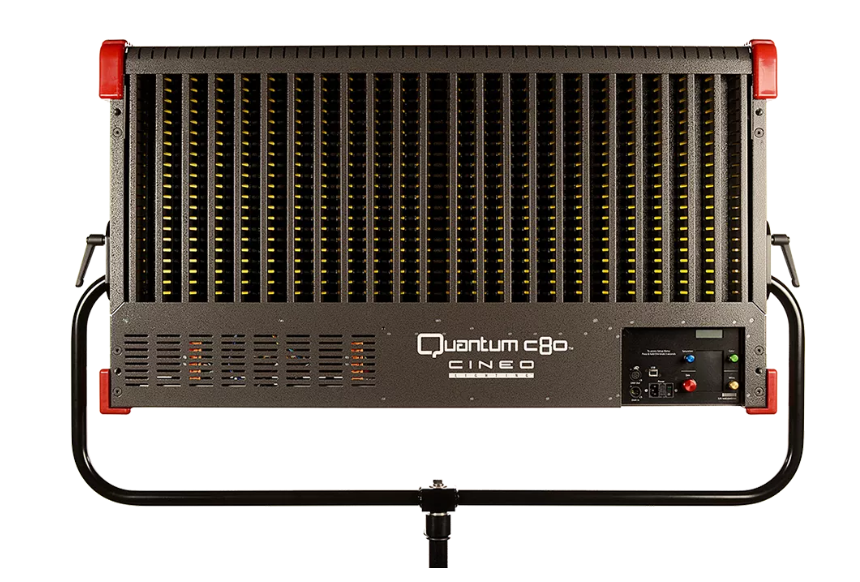 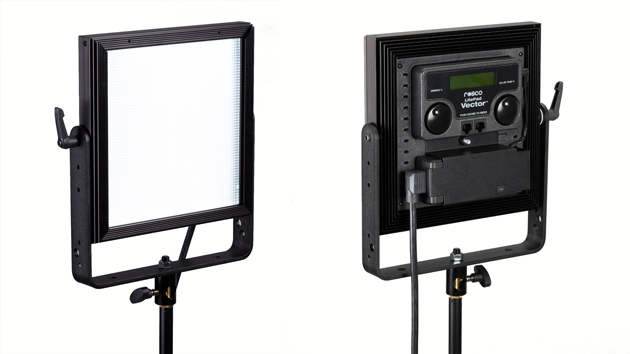 These High-Tech, Weather-Rugged and Easily Shaped LEDs Beat Out HMIs in Portability, Endurance and Price

Light & Motion today began shipping the Stella Pro 10000c (above), a powerful 10,000-lumen corded version of its lighting line-up. The California-based lighting company is known for its outdoor action sports and dive lights, and is expanding rapidly into the wider film market with its series of untethered Stella LED on-camera lights.

It also recently began offering, through B&H, Adorama, Amazon and elsewhere, a selection of curated kits including its high energy density battery-operated Stella LED lights, modifiers and mount accessories. The new packages include the multi-light Stella Pro 125, 225 and 555 kits, and the Stella 1000 and 2000 Action kits.

The core lights in the battery-powered Stella series—the Stella 1000, 2000, Pro 5000 and Pro 7000—produce an intense yet easily manipulated single-beam LED output surprising for their highly portable sizes. Featuring on-board battery cells of extremely high energy density, like those Tesla uses in its cars, the Stella lights are engineered to stay lit longer and travel light.

"These LEDs are a single point of light, not a panel," brand manager Jeff Lazell told StudioDaily during a demo. Light & Motion refers to this officially as Single Point LED, or "spLED" for short, both as a way of underscoring spLED's technical and practical advantages but also to distinguish it from other LED lights and traditional HMI lights. "If you compare a typical traditional HMI package to the Pro 10,000c, it's a fraction of the size but more importantly, a fraction of the cost," he says.

The Stella spLEDs also deliver cord-free, flicker-free, dimmable and rechargeable cinema lighting with a 120-degree beam angle. The smallest light, the Stella 1000, seen below, can run at full power for 90 minutes and up to 700 minutes on a single charge, notable for high-output camera lights of any kind. The Stella 1000, like the rest of the line, fits easily in the palm of your hand.

But can a single-point LED, regardless of its intensity, really handle the range of cinema and broadcast lighting demands? "I think the perception of single-point LEDs, like headlamps and flashlights, is that it is very hard, unmanageable light," admits Lazell. "But our accessories, and the way the lights pair seamlessly with diffusers from partners like Elinchrom, means you can actually shape and play with the quality of your lighting in ways similar to traditional lighting. That's revolutionary. The beam out of these extremely rugged and portable lights will blow most shooters away."

CBS cameraman Jake Barlow, for example, shot both national political conventions with a pared-down kit of just two Stella Pro 5000s and a Chimera Softbox. "Each Stella light is designed to work in tandem with any other in the series," says Lazell, "so you can create a kit that fits your exact need. And that also means you can minimize your crew without sacrificing quality if budgets are an issue."

The single beam, Lazell adds, offers another important level of control. "What that gives you is intensity, for the size, but also fabulous color consistency. Each Stella light is balanced at 5000K across all power settings. You'll notice that there's very even fall-off, with no artifacting. You can add a Glo Bulb [one of the several accessories such as barn doors, Tungsten and Fresnel snap-ons that Light & Motion recently began offering] for an even, soft light for an interview. That's the beauty of of the single-point design: you can go soft or hard or somewhere in between."

Light & Motion is one of only a handful of brands that both designs and builds its LED lighting products and accessories entirely in the U.S. "These lights are built like tanks," Lazell says. "They can handle just about any weather you can throw at them, and the untethered lights are submersible up to 100 meters deep. I personally dumped one in the ocean during a recent shoot. I just hosed it off and put it back to work. You could even throw one of these into a pool for a shimmery lighting effect. They really open up the possibilities for where and how you light that shot." The shockproof and IP68-rated waterproof housing of the uncorded series — the corded Pro 10000c is water resistant — comes directly from the company's roots developing pioneering underwater video and photography lighting for National Geographic and others. "That's really rare to have standards like that in the lighting industry," says Lazell.

Light & Motion is also hoping to change the way the industry measures light output from camera lights in order to give consumers a more realistic way to comparison shop. "We talk about the lights in lumens, not wattage, which is really only a power draw," Lazell says. Because lumens accurately measure the amount of visible light coming out of a product, like out of a projector, and more efficient LED designs are improving overall power use, he says wattage is now too unreliable a gauge. "We've even changed how B&H customers search for us, adding lumens to the keywords in a search," he says.

Each Stella light monitors its power source and changes its output accordingly. "As the battery voltage goes down, Stellas adjust the output of their light," says Lazell. The larger lights, like the Stella Pro 7000 and Pro 10000c, also feature an internal fan to keep them cool. ​