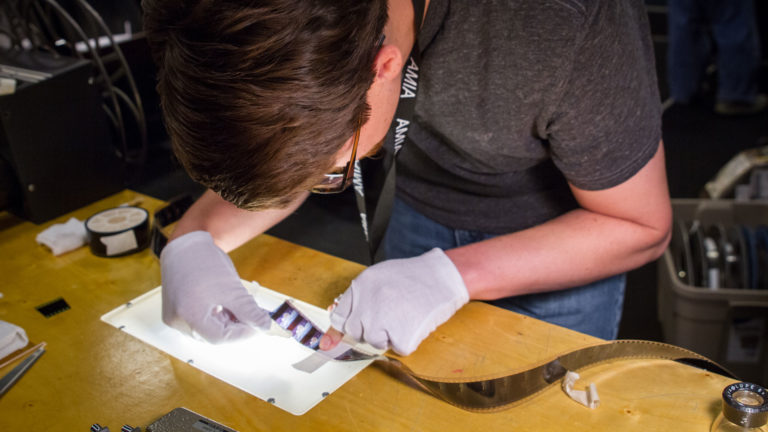 Prestige pictures are helping keep film alive, Kodak argued this week in a statement noting that movies captured on 35mm or 16mm film receive more than their fair share of accolades. "Celluloid captures colors and contrast completely differently than digital cameras" La La Land DP Linus Sandgren said in an interview published by Kodak. "There are numerous ways to treat film stock to make it look very different, and I think that's obvious to every cinematographer." Kodak also listed films at Sundance this year — Beach Rats, Frantz, Golden Exits, Person to Person, and Call Me by Your Name — that were shot on film, and nodded to 2016's Cannes Film Festival award-winners I, Daniel Blake, which won the Palme d'Or, It's Only the End of the World, winner of the Grand Prix, Personal Shopper, co-winner of Best Director, and American Honey, which won the Jury Prize. All of those films were shot on 35mm except for American Honey, which was partly captured on film.

"Movies captured on film are winning nominations and awards at a disproportionately high rate," said Steve Bellamy, president of Kodak Motion Picture and Entertainment in a prepared statement. "Film benefits from the world's greatest motion picture artists using it, but the world's greatest motion picture artists also make better movies because they use film."

That's one way to put it. Simply shooting your movie on film doesn't make it more likely that you'll win an award. (Director Jason Mann famously insisted that his Project Greenlight film The Leisure Class be shot on 35mm, and look where that got him.) And you don't have to shoot film to win an Oscar for cinematography. Still, even though film is used in only a small minority of productions, it has maintained its cachet. The decision to shoot on 35mm seems to be a signal of seriousness on the part of the director and DP and of confidence on the part of the producers.