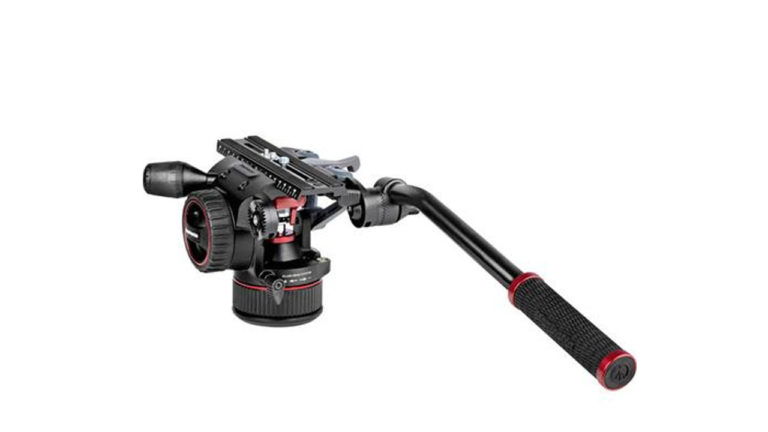 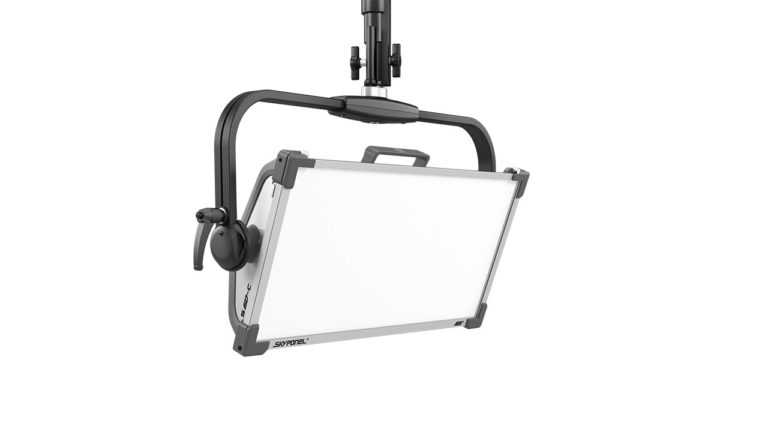 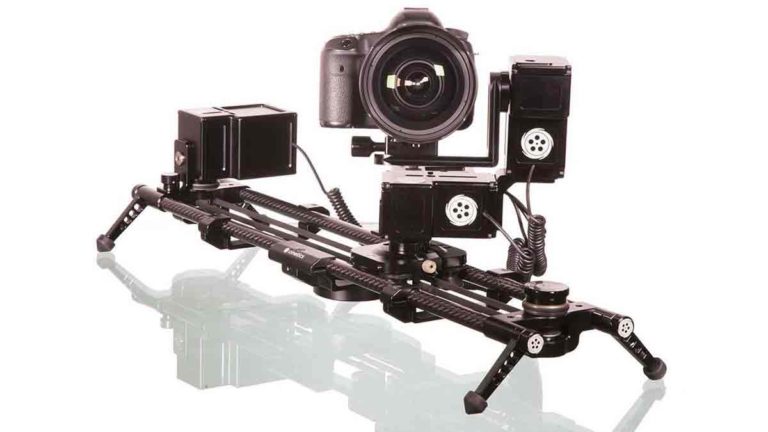 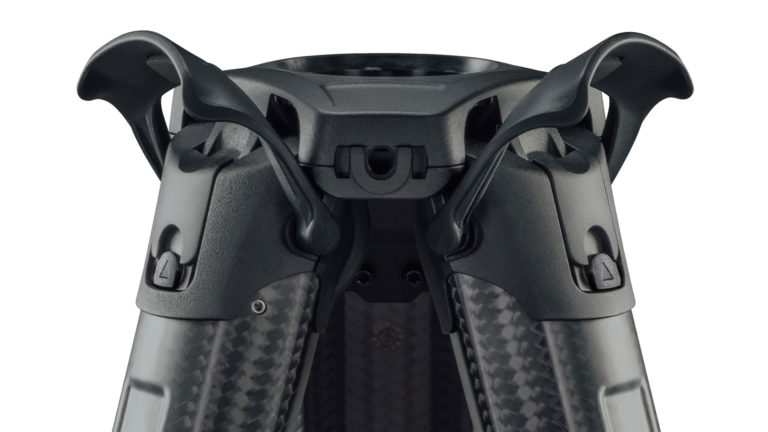 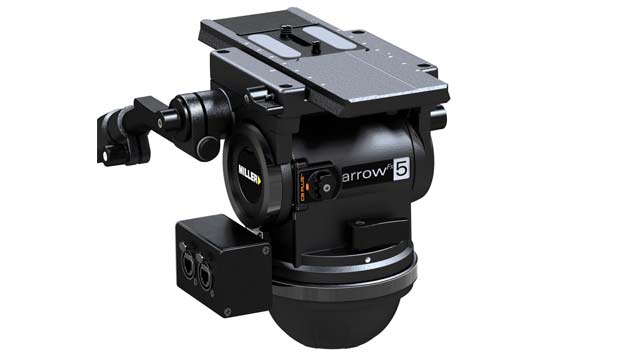 Just what does the adage horses for courses mean? It’s a reflection back onto traditional horse racing, where wisdom dictates that if you’re going to run a horse on a particular type of course, you need to pick a horse that is well-suited for that course. Kind of like “choose the best tool for the job at hand.” So just how does that apply to film, television, and video production? In my opinion, it applies directly. Wise and seasoned professionals set aside peer pressure, brand loyalty, and biases when selecting field equipment for each production or portion of a production. Considerations are always budget, look and feel of the end result (be it narrative, reality, documentary, commercial, etc.), best style of shooting to get that result (cine, EFP, hybrid, ENG), the size of crew needed, and the degree of mobility required to get the needed footage sequences. When Mobility Is Critical

Narrative cinema gets a lot of press, but a huge percentage of the overall motion media industry shoots its content in what might be termed mobile, hybrid EFP/cine style, using lean, mobile camera set-ups where the only accessories on the camera are the ones that need to be there to get the quality of shots needed. That helps enable the high mobility needed for documentaries, reality, action sports, adventure travel, tourism, wildlife, cultures, nature, and many other non-narrative genres — many of the genres that I’ve worked in for decades now. The lighter the setup and smaller the crew, the more mobile the crew can be, thus enabling super-creative shot sequences that crews using larger rigs simply can’t get. At times, that entails not using a matte box or follow focus, or an AC, with the camera users doing their own focusing on the fly. These mobile genres are usually shot in natural light at apertures of between 5.6 and 11, and rarely require shallow depth of field in shot sequences, so focusing is much easier than in genres requiring frequent shallow DoF. Cartoni has been crafting camera support systems for almost a century now. They’re well-known in the motion media industry for designing and fabricating tripod systems that are well conceived, strongly fabricated, function very well in the field, and are quite durable. I’ve used tripod systems from every major manufacturer over a span of decades now, so I was naturally curious how the Cartoni Focus 12 and its close relative cousin the Focus HD would fare in real, challenging conditions out in the field. The Focus 12 and Focus HD heads are very similar, with the Focus 12 being the newer design. Both were designed for real mobile production, but there are some differences in features. The Focus 12 is the heavier head of the two, with a weight of 5.5 pounds, compared to the Focus HD weight of 4.4 pounds. They both support a minimum load of zero lbs. and a maximum load of 26 lbs. Both use a 100mm bowl, both feature continuous fluid drag, both have Cartoni’s patented variable counterbalance, and both feature 360 degree pan and +/- 90 degree tilt. Variable counterbalance is controlled via a twist knob on the back of the head, where you’ll also find a lighted leveling bubble. Fluid tilt and pan are adjusted via levers on the sides of the head, and separate locks are provided. How and Where I Tested

For these field tests, I used camera systems ranging in weight and cost from Red Dragon to medium-end, like a Canon XF305 camcorder, down to a very lightweight Sony A7R III. I even used an AJA Cion a bit to get more weight on the heads. I was seeking head/legs performance impressions rather than being concerned with resolution and “look” of the footage. My crews and I routinely film in the most challenging conditions on the planet — scorched deserts, in and around oceans and lakes, high up in snowy mountains, and everywhere in between. Though we can shoot cine-style as needed (especially for our Imax documentaries, where we use Red VistaVision and Helium for 8K, Sony Venice for 6K, and Alexa 65), we regularly shoot in mobile, hybrid EFP/Cine style with minimal accessories, using a combination of EFP zooms (Fujinon Cabrio zooms with servos), 35mm still lenses (Sony, Canon, Nikon, Zeiss), and various cine lenses. I tested out the Focus 12 and Focus HD systems by (and in) the Pacific Ocean (California) and Caribbean (Belize), way out in the red rock canyons of Southern Utah, and high in the alpine zone of the Rocky Mountains. I used the systems as if I were on a regular paying gig, where mobility is critical, utility is crucial, and the mantra is “time is money”. Being simultaneously creative, mobile, and fast at it is what we do — a difficult combination entirely foreign to crews working in many other styles of shooting.

So How Did They Do?

Both tripod/head systems performed quite well, even though I did my best to break them in some of the most challenging conditions nature could provide. I experienced no failures or weirdness in using both systems. Both are light enough to hike long distances into remote areas, easy and quick to set up and tune, very simple to counterbalance, and glass-smooth in pans and tilts. Though the Focus 12 is a bit heavier, I found that extra weight wasn’t a problem when hiking with the setup, and the extra weight stabilized the shots a bit more during rapid pans and tilts. That’s not to say that the Focus HD was unstable at all, just that with heavier lenses and rapid head movements I preferred the Focus 12. I tend to tune a tripod head carefully, because many of my shot sequences require continuous tight tracking of fast moving subjects (athletes, animals, vehicles, etc.). The balance of the rig on the tripod head needs to be perfect, and the pan and tilt tuned for resistance to the point of fingertip control during all movements. Both the Focus 12 and Focus HD performed really well for all techniques of shot sequences.

I tested out both the spreader-less Stabilo legs and the mid-spreader EFP legs because when I shoot fairly stationary, especially for interviews, I’ve found that the one-stage EFP legs are quicker to adjust. For that I used a mid-spreader to keep the spreader well above the dirt and grit of the ground level. The spreader-less Stabilo legs adjusted pretty quickly, though, and gave such a huge range of head heights, that the range of possible shot sequences was really impressive — way high above crowds, foliage, etc., mid-level for line-of-sight shots, then right down near the ground for those creative “looking up” sequences. Ideally a user will have both those types of legs available as needed. For quick utility in the field, I found that I prefer the Euro-style sliding plate and drop-in mini-plate of the Focus 12 to the slide-in plate system of the Focus HD. Both the Focus 12 and Focus HD heads performed very well using a wide range of camera sizes, head loads, head tuning parameters, temperatures, natural environments, and styles of use. Both the Stabilo legs and EFP legs performed really well in all situations. In my opinion, both of the head/leg system combinations are an excellent choice for camera rig weights from zero pounds up to 26 pounds, which easily encompasses the requirements of today’s modular cinema, EFP, and ENG camera systems. Both of these tripod systems enable high levels of mobility, durability, stability, and creativity. I wouldn’t hesitate to use either system with any level of camera system, on any of the professional productions my crews and I work on — anywhere, any shooting style, and in any environment.

How do they compare to the tripod systems I’ve used over many decades from all of the other major manufacturers? They compare really well — equal to or surpassing the offerings of every other major manufacturer — and the cost-to-performance ratio is excellent too. I’d suggest that, no matter what style of shooting you do and in what genres, these Cartoni Focus 12 and Focus HD systems should be considered when you’re in the market for a tripod system to support lightweight up to mid-weight camera systems. That choice involves setting aside peer pressure, brand loyalty and biases, and thus having the professional courage to be open-minded in your equipment choices. If you evolve yourself into a true “horses for courses” professional attitude, then these systems can be real versatile horses to bring into your stable of gear!

Our Golden Gate 3D crews have been field-testing the Cartoni Focus 22 head with Cartoni multi-stage, mid-spreader CF legs, on several of our high-end Imax documentary films for the past year. On the Focus 22 system, our award-winning cinematographers have used the following camera systems to shoot in pure cine style using an AC to pull focus, mattes box, and a follow focus: Red VistaVision and Helium for 8k, Sony Venice in 6K, and Alexa 65. We’ve used cine lenses from Cooke, Leica, Sigma, Zeiss, and Focus Optics. We’ve also used stabilization from DJI (Ronin 2), and lots of other manufacturer’s accessories. We’ve filmed in Cuba, Europe, Asia, and North America. Sometime in the near future I’ll write about how those field tests of the Cartoni Focus 22 system went, including cool behind-the-scenes photos, impressions from the directors, DPs and cinematographers, and straight-up performance reviews.

Steve Gibby is a multiple Emmy Award recipient as a producer, director, DP, and cinematographer, and an annual national Emmy Awards judge. He is profiled on the Golden Gate 3D web site and on his Instagram page.