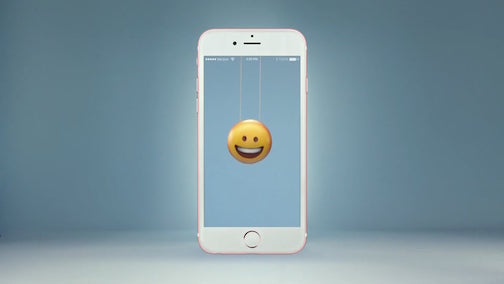 Latest Movie Trailers Include Pan, Creed, Alvin and the Chipmunks: The Road Chip and The Jungle Book

Among the most recent, high-profile projects featuring original music created and produced by The Hit House are:

The Hit House enjoys solid relationships with many of the industry’s leading music supervisors, trailer production houses, and advertising agencies. Here below are just a few client testimonials about the powerful impact that original music from The Hit House has made to their campaigns:

Holly Hung, Patrick Buchanan, and Ian Shein of Ignition Creative, the Music Supervisors behind the wildy popular and award winning Netflix "Superfan" TV campaign starring Ricky Gervais, said, "When it comes to music, you know who you need to go to without hesitation. We heard the general idea of the Netflix spot, and we knew that The Hit House team would knock it out of the park. Not only are they experts in comedy (as well as in a variety of other genres,) but they were willing to make tweaks, create re-writes, and tend to our challenging, ever changing needs — all so the spot would turn out just as we had imagined."

Japhy Grant, Content Manager with WD Ventito, the hard drive manufacturer's recently launched branded magazine/website presented by Petrol Advertising, said, "We're all about providing insider access to business professionals, giving our readers insight into the creative process from various points of view. We selected The Hit House to be profiled on our site because they do such an amazing job of creating stunning musical work incredibly quickly and efficiently. Their company represents both a creative business and a family business, and they're specialists in knowing how to tell compelling stories through sound and music. The Hit House is the perfect example of a company that is able to illustrate how creativity and technique can be melded perfectly, and work in unison, to create from scratch an entirely new piece of content designed to move people's emotions in various ways."

Craig Crawford, the Team One Advertising Group Creative Director behind a recent TV campaign designed to launch the Lexus NX, said, "The Hit House brought this spot to life with music and sound design that set the mood for the dramatic launch of the new Lexus NX. They did an incredible job for us once again. Our collaboration with them is yet another reason we value such talented and dependable partners."

Regarding “Hunt You Down,” the original Hit House song behind SONY’s “Bloodborne” PlayStation4 game marketing, Joe Granados, JVP and A/V Director with Petrol Advertising, said, “This assignment could only have gone to the talented team at The Hit House. The campaign behind ‘Bloodborne’ had to be remarkable in every way, since it is a major initiative for our clients at PlayStation. In keeping with the tone of the game, The Hit House simply ‘killed it’ with this terrifying new song.”

When Angel Mendoza, Music Supervisor at AV Squad, needed a powerful, emotionally moving track for the trailer promoting the film "Bully," he called The Hit House. "I knew The Hit House would bring the right emotional quality to the trailer. Their remarkable track record was only part of it. I also knew that Scott Miller would be inspired by the subject matter, and would deliver a track that truly captured the poignancy of this important project."