MPC has shut down its Vancouver visual-effects studio, according to web animation specialty site Cartoon Brew as well as the Vancouver Sun and CBC News.

Update 12/13/2019: IATSE and the Art Babbitt Appreciation Society (ABAS) have promised free legal support to MPC Vancouver staff who lost their jobs when the operation was closed earlier this week. Workers will be supported on a case-by-case basis to ensure proper compensation, the organizations said. Former MPC Vancouver workers should contact IATSE International Representative Julia Neville at jneville@iatse.net, the union said.

The text of a letter purportedly sent to MPC Vancouver staff by Technicolor’s Christian Roberton, EVP of film and TV VFX, Christian Roberton was widely circulated on social media. It reads in part, “increasing external market pressures in Vancouver and more attractive opportunities in other locations have created a challenging environment for us to sustain the studio.”

At press time, no press statement on the closing was available, and StudioDaily has been unable to independently confirm the email’s origin with Technicolor. Reportedly, employees were notified of the closure Wednesday morning and the site shuttered by the end of the day. 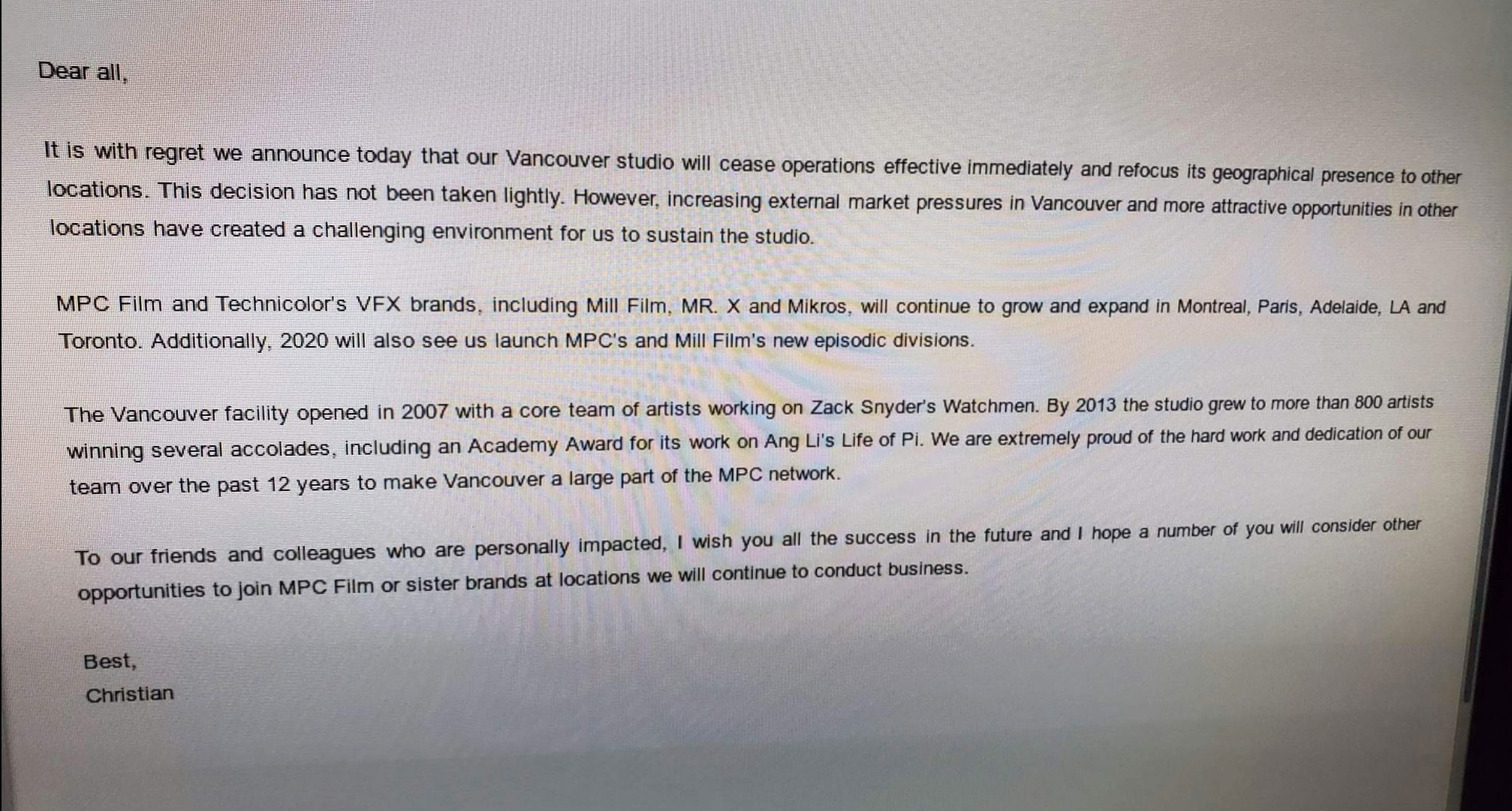 Screenshot of a memo said to have been sent to staff at MPC Vancouver on Wednesday, December 11.
Reddit/imgur

Brenda Bailey, executive director of DigiBC, a local digital media trade association, told the CBC that concern about Vancouver’s tax incentives may have been a factor in the decision to close MPC’s Vancouver operation. “I think that there is a little bit of uncertainty right now in terms of the tax credits and business doesn’t thrive in uncertainty,” she said.

British Columbia’s tax credit for digital animation, VFX and post-production was reduced from 17.5% to 16% effective on productions that started principal photography on or after October 1, 2016, but has remained steady since then.