It took some time, but JVC Professional Video said it is finally shipping its Connected Cam 500 series of streaming camcorders: the GY-HC500 ($3,900); the GY-HC500SPC ($4,400), aimed directly at sports production; and the GY-HC550 ($5,500), with advanced streaming and graphics capabilities.

Originally introduced at NAB New York back in 2018, the new 4K camcorders are at last en route to customers including Quincy Media, the XFL football league, and Nexstar Media Group. 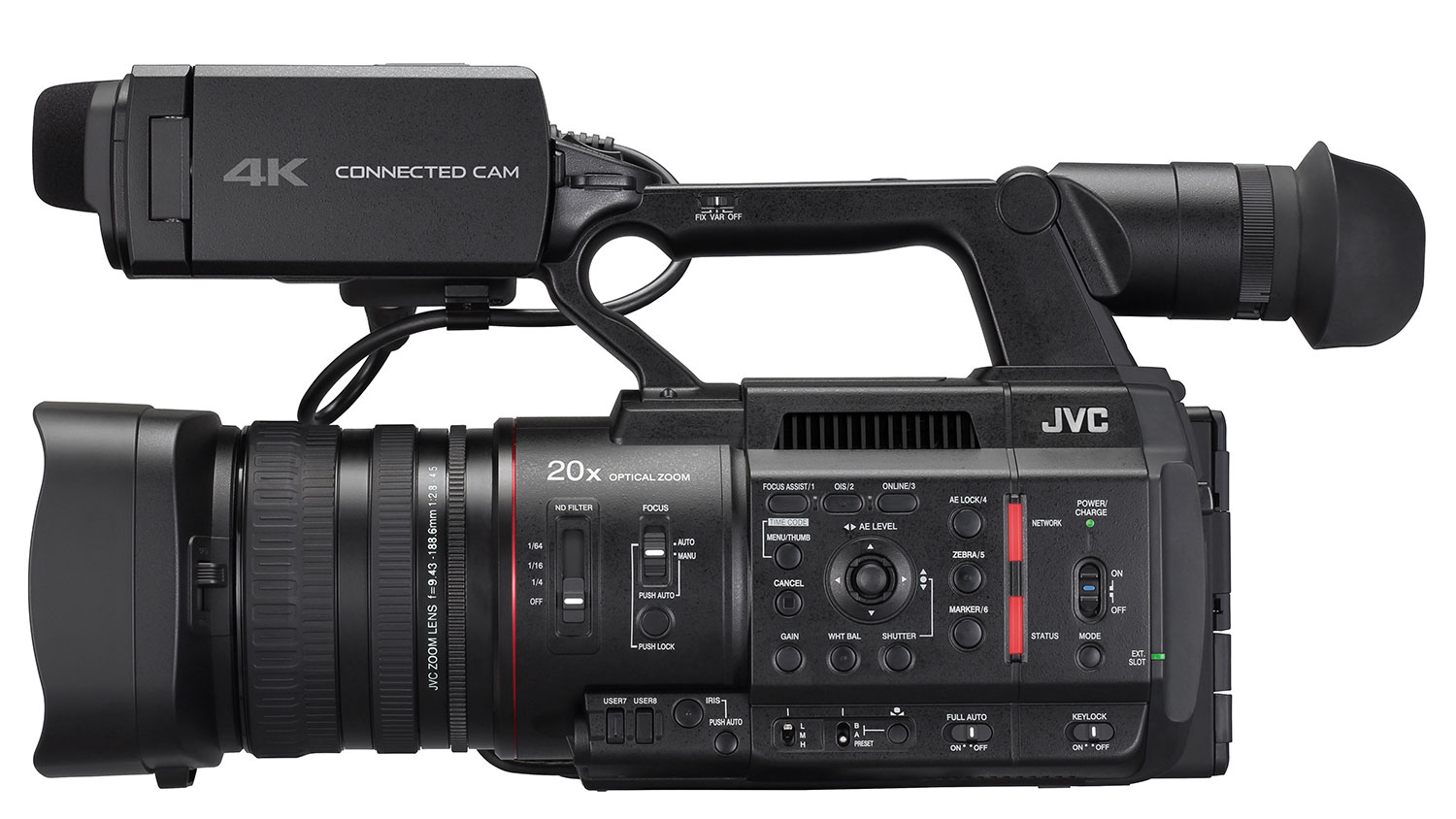 The 500 Series cameras share the same new one-inch 4K CMOS imager and 20x zoom lens (40x “dynamic zoom” is available when shooting HD) with three control rings and ND filtering built in. JVC rates them at 12 stops of dynamic range, and they support recording HDR using HLG or JVC’s 10-bit J-Log. Paired with one of JVC’s ProHD Wireless Bridge IP transceivers, the cameras offer 1080p streaming at up to 20 Mbps with SMPTE 2022 forward error-correction, latency under 500 ms, return video and IFB, JVC said. The cameras can also stream directly to Facebook and YouTube, the company said.

All three cameras record 4K video at up to 60p to SSD media in formats including 10-bit ProRes 422; MPEG-2 and MXF recording are exclusive to the top-of-the-line GY-HC550. Slow-motion recording is available at 120fps in HD resolution. They support simultaneous recording of HD or proxy files to SDHC/SDXC media while 4K is being recorded to SSD, and clips can be uploaded during production via JVC’s Auto FTP feature. 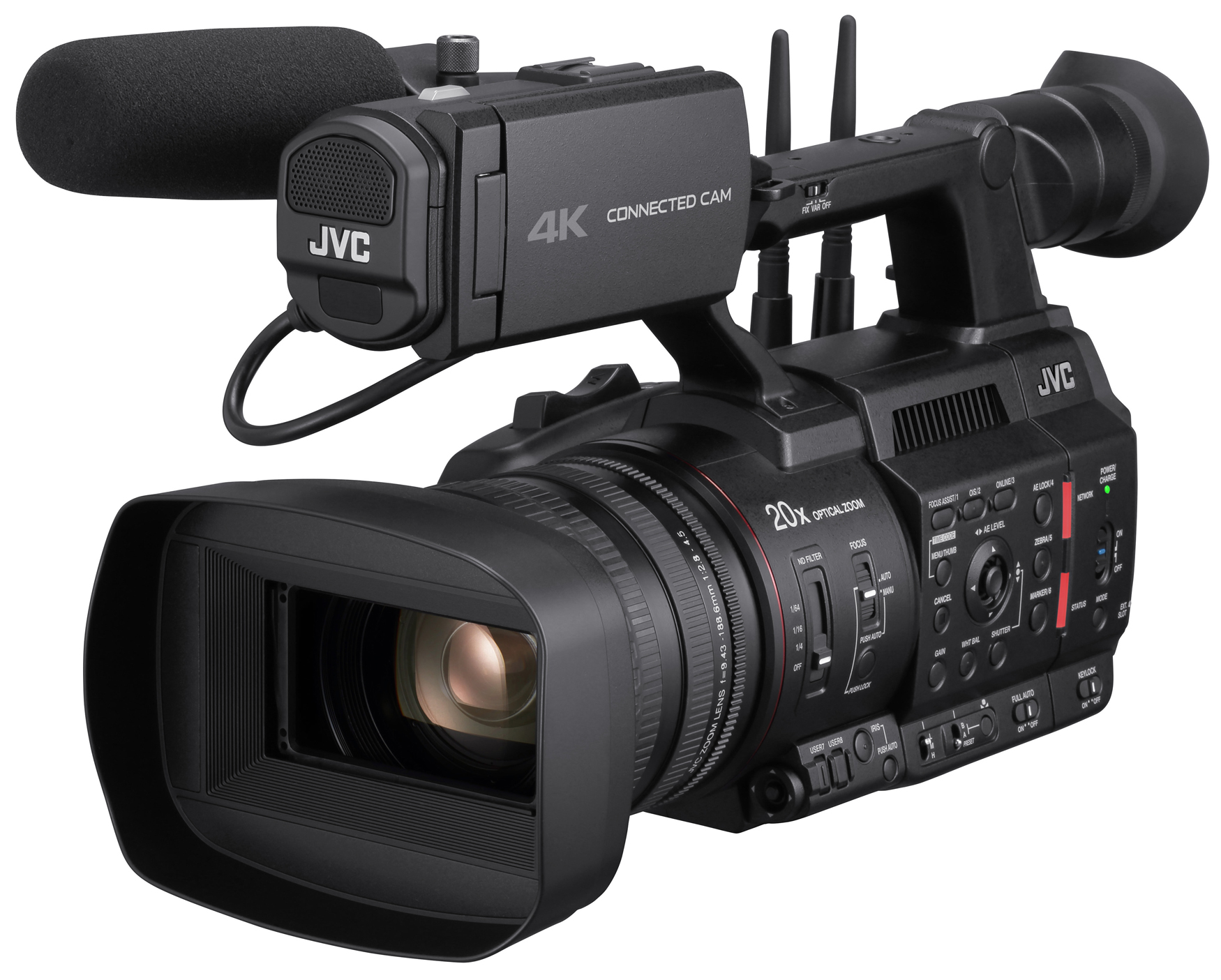 The GY-HC550 and HY-HM500SPC both have advanced graphics features allowing lower-thirds and full-screen titles to be added to recorded video or streaming output without an external graphics generator. The GY-HC500SPC adds score overlay templates to the mix, including the ability to customize graphics with logos or other elements, and scores can be updated via Wi-Fi from connected devices or Sportzcast Scorebot. The GY-HC550 also features dual external antennas with wireless LAN, integrated GPS and Zixi error correction, as well as SRT streaming to JVC’s Connected Cam Studio hardware.

All 500 Series cameras have a four-inch LCD screen for menus and settings, a LCOS viewfinder, dual XLR inputs, 3G-SDI and HDMI video out, and an M.2 drive slot for external SSD recording.