Panasonic announced a new series of run-and-gun 4K camcorders led by the AG-CX10, a pro camera with a 24x fixed Leica Dicomar zoom lens offering up to a 600mm angle of view, NDI HX support and 10-bit 4K internal recording. 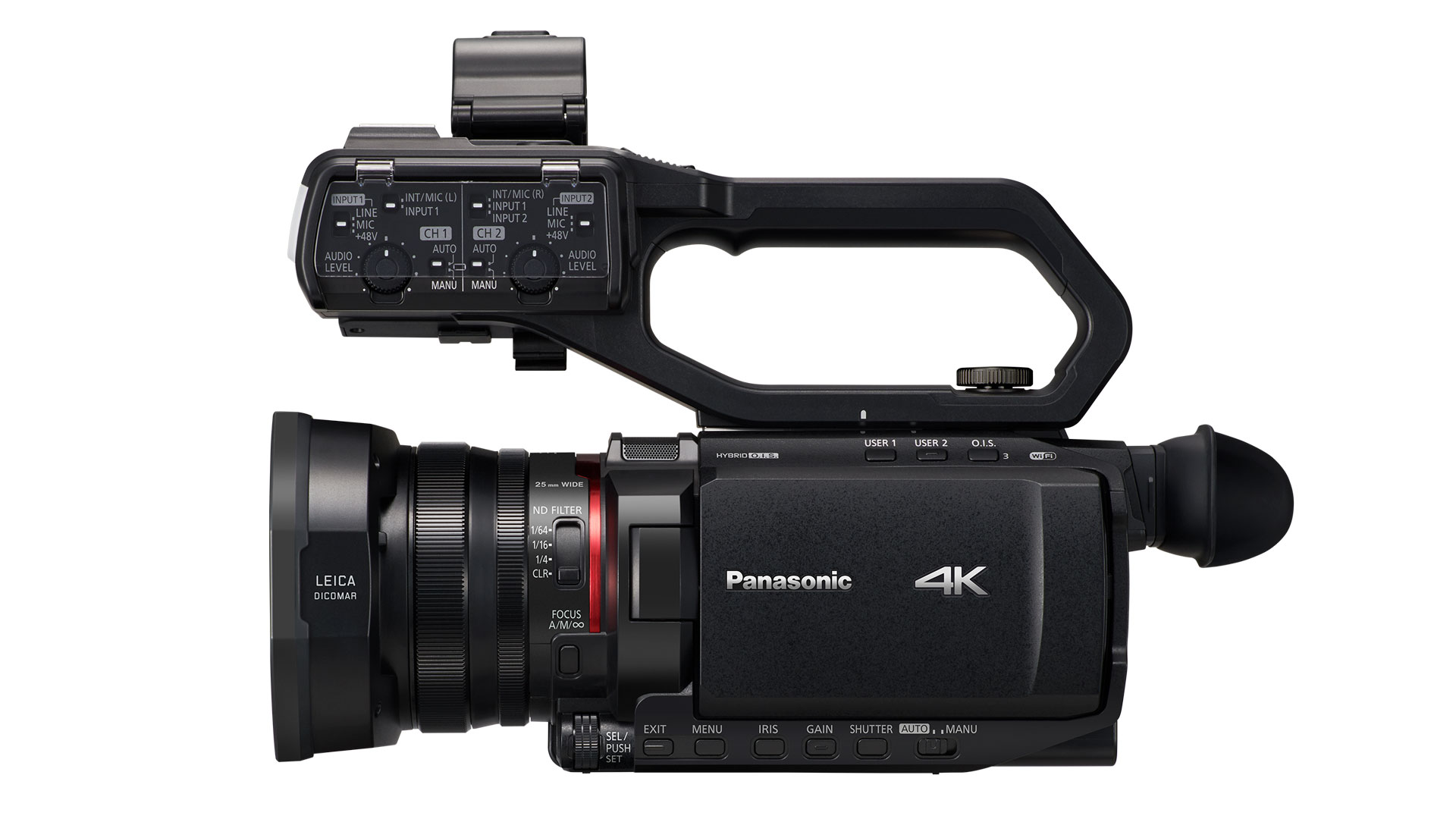 Designed to be compact and lightweight for use on smaller and highly mobile productions, the new cameras incorporate Venus Engine processing from the company’s Lumix camera line-up, Panasonic said, enabling 10-bit 4:2:2 internal recording at up to 29.97p in UHD and up to 59.94p in 1080p. 10-bit 4:2:0 4K recording is also available at 60p, company officials said. The cameras’ slow-motion capabilities top out in HD mode at 120 fps.

Recording options include HEVC (long-GOP 10-bit 4:2:0) MOV files, MP4, AVCHD and, on the AG-CX10 only, P2 MXF to a microP2 card. (Panasonic said it plans to support AVC-Intra and AVC-LongG on in a future update.) In 10-bit mode, the CX10 can also output 4:2:2 60p 4K via HDMI for capture with an external recorder, Panasonic said.

In a pre-CES press briefing, Panasonic’s Matt Frazer explained that the camera reads images from the same area of the sensor whether it’s shooting in 4K or HD, meaning shooters don’t have to worry about their angle of view changing depending on which resolution they’re recording. “With our camera, we are supersampling from the 4K image all the time, which means we can realize the same angle of view whether we shoot 1080 or 4K,” he said.

All three cameras offer live-streaming support via Wi-Fi, but only the CX10 is network-ready via built-in support for NewTek’s NDI HX streaming protocol, including NDI camera control, although a separate NDI license is required. The CX10 also comes with a USB-to-LAN adapter for a wired connection. 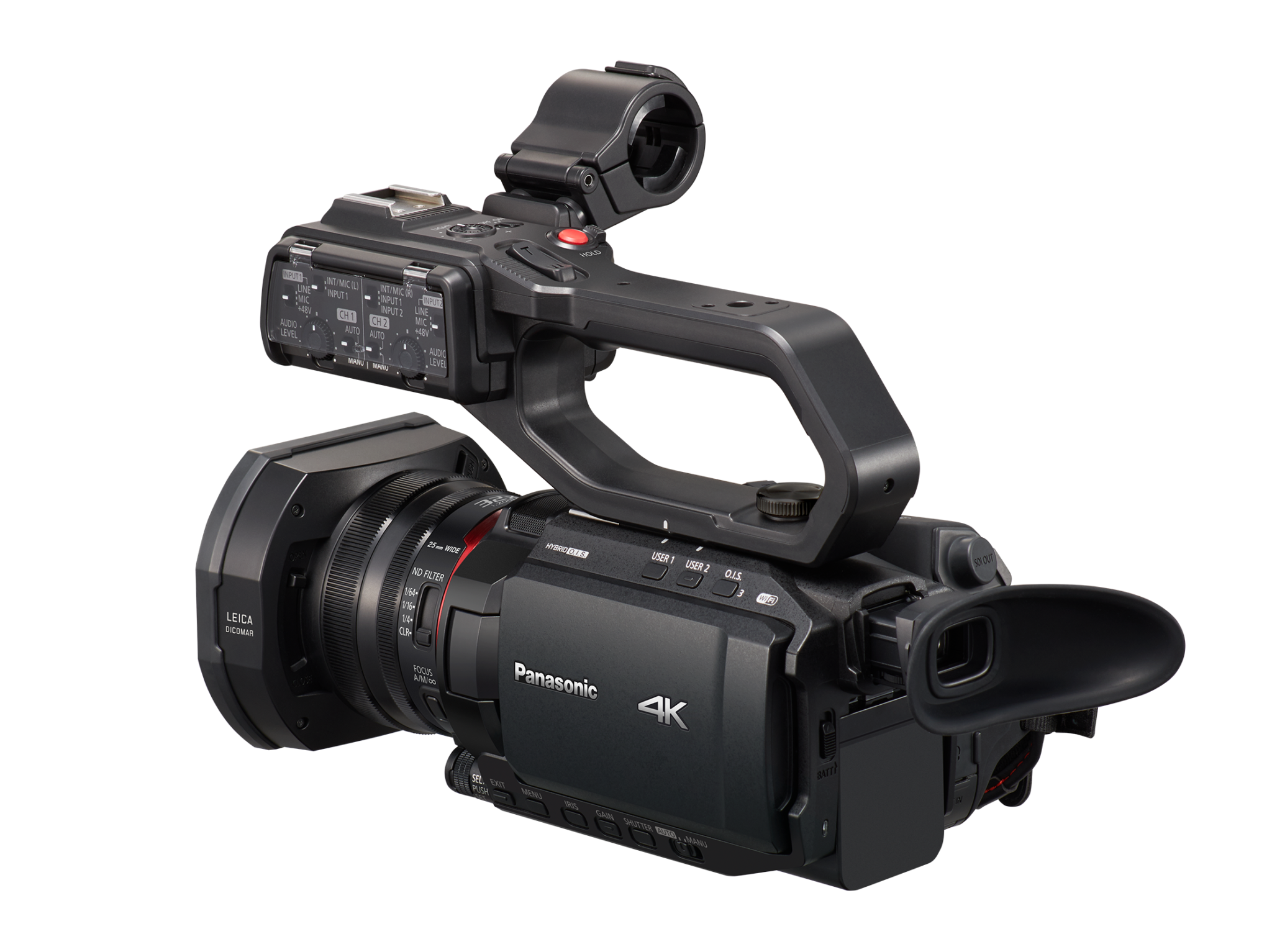 One step below the CX10 is the X2000, which is essentially the same camera without support for P2 card formats, NDI HX, or Ethernet connectivity. On the low end of the line is the X1500, which lacks 3G-SDI connectivity and omits a top handle with XLR ports and an integrated LED light. (The top handle will be available for separate purchase, though, as the VW-HU1.)