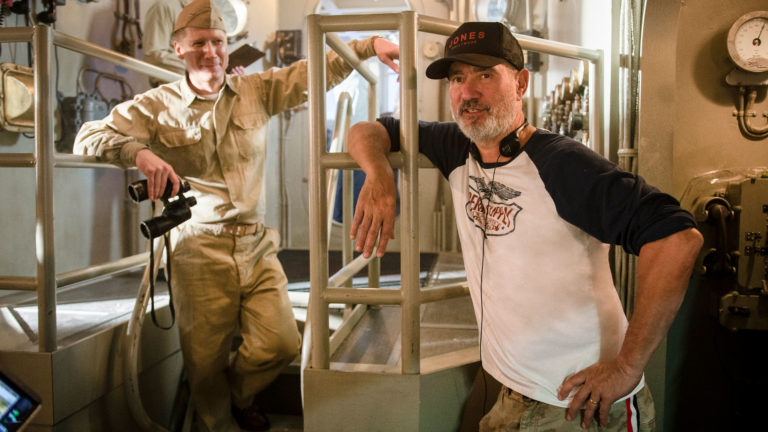 Los Angeles, CA, April 6,2010–At the Director’s Guild of America, ARRI unveiled Alexa, which the company is calling “the first model in a new generation of digital cameras for feature, television, commercial, documentary, music video production and more.” A prototype Alexa is currently being used by cinematographer Anna FoersterÂ  to shoot director Roland Emmerich’s Anonymous, at Babelsberg Studios.

ARRI CEO/president Volker Bahnemann introduced the camera and Glenn Kennel, his recently announced successor at the company.”This camera is a development of a revolutionary nature, addressing profound changes in the industry and what is required of Arri itself,” said Bahnemann, who also announced a new strategic relationship with Arri, Zeiss and Fujinon.

Although ARRI has announced that it will release three versions of Alexa, today’s release was of the EV1, with electronic viewfinder. Alexa’s new Super 35 format sensor delivers a base sensitivity of EI 800, low noise and a dynamic range of 13.5 stops, says Arri. The company notes that its Dual Gain Architecture (DGA) design of its CMOS sensor ensures a wide exposure latitude across a range of sensitivity, from EI 200 to EI 1600.The camera also does well in low light conditions and greenscreen.The camera is compact, lightweight and well-balanced enough for shoulder operation, Steadicam and 3D productions.

“Many people will use ProRes for offlining but not finishing,” says Kennel, who notes full support for a wide variety of editing and DI systems. “They’ll back up on-board storage to LTO and then pull selects and do an auto-conform. Kennel also reports that ARRI will show a real-time ARRIRAW converter programÂ  that will be provided as an SDK to partners.

The high quality of Appleâ€™s ProRes codecs means that the edited result can be immediately distributed. Two HD-SDI connectors

supporting 1.5G dual link or two 3G signals can alternatively be used to output 4:2:2 or 4:4:4 uncompressed HD signals in addition to an ARRIRAW T-link signal. These different signals can be output to third party on-board recorders including those from S.two, Codex and Keisoku Giken.

With Alexa’s Direct to Edit capabilities, the QuickTime/ProRe offline editing proxy is created directly in-camera, carrying the exact same images, audio, timecode and metadata as the on-line HD or ARRIRAW material. ARRIRAW is the only way to access the full potential of Alexaâ€™s sensor which has color and dynamic range capabilities far beyond standard HD. ARRIâ€™s own ARRIRAW Image Converter (ARC) provides image reconstruction features for the Windows, LINUX and Mac OS platforms.

Another feature of the camera is its modularity; everything can be upgraded, both software and hardware. The camera electronics, which comprise the whole right side of the camera, can also be removed and replaced by upgraded electronics with advanced features. Last, but not least, the Exchangeable Lens Mount (ELM) system allows the use of PL as well as Panavision, Canon or Nikon lenses.

At the event, Fujinon also announced two new zoom lenses that the company will be showing at NAB: an 18-80mmand 45-250mm with T2.6 aperture.

In addition to the clips from Anonymous, ARRI also showed a Honda commercial shot by Bill Bennett, with film and the Alexa side-by-side (cinematographer Kees von Oostrum operated the Alexa); and a short film World Cup produced by Stargate Studios’ Sam Nicholson and posted by FotoKem.