Few things in life are as elegant, reliable and hassle-free as an AJA Kona card. The advent of the Kona 3 in 2006 ushered in a new era of versatile video expansion cards with greatly expanded capabilities for the digital craftsman and storyteller. Now, as the KONA line continues to evolve, the 3G is even more robust and flexible.
Beyond the 10-bit HD-SDI I/O and real time up, down, and cross conversion up to 2K resolution with dual-link, the Kona 3G’s enhanced capabilities include HDMI 1.4a (mulitplexed) support for 3D applications, 16-channel SDI embedded audio, and a downstream keyer for compositing graphics and watermarks without rendering.

For most 3D editors, the current 2D-based workflow provides no little stereo feedback. We edit the left eye (the base view) then conform the right eye; we don’t actually see and reference a stereo image in the course of posting our 3D programs.

With the advent of the 3G, this will change as we now have the horsepower and breadth of functionality to see and review every cut in 3D. We do this by outputting the left and right streams via HD-SDI for line-by-line display on a Panasonic BT-LH2550 or other passive LCD 3D monitor.

For a larger viewing group often necessary for client review, we can also output the L/R streams via HDMI 1.4a to an economical large-screen consumer 3D TV. Viewing the output from the NLE on an active 50-inch (or larger) plasma display can be very compelling, and can help facilitate client approval in many cases.

In my own work I use a large consumer 3D TV as a second computer screen. The Kona 3G supports drag-and-drop of PSD, TIFF and JPEG graphics from the computer’s desktop, and indeed, most any format of graphics can be output to the LCD or plasma display. I can also perform routine 3D re-positioning chores or convergence adjustments more easily and accurately on the larger big-screen 3D TV.

Working in post it simply makes more sense to view our 3D programs on a size monitor reflective of the intended screen dimensions. Programs destined for a theater or large auditorium display may look fine with acceptable parallax on a 26-inch LCD but induce severe pain on the audience when projected on a ten-meter screen.

While the Kona 3G offers the capability to view 3D throughout the post process, we must also be mindful of our audience’s 3D tolerance level and relative comfort zone. For editors, after hours of watching and reviewing 3D images in a darkened room, they can become inured to the 3D effect, and thus may compensate by increasing the left-right separation in a scene well in excess of what an audience can be reasonably expected to accept. 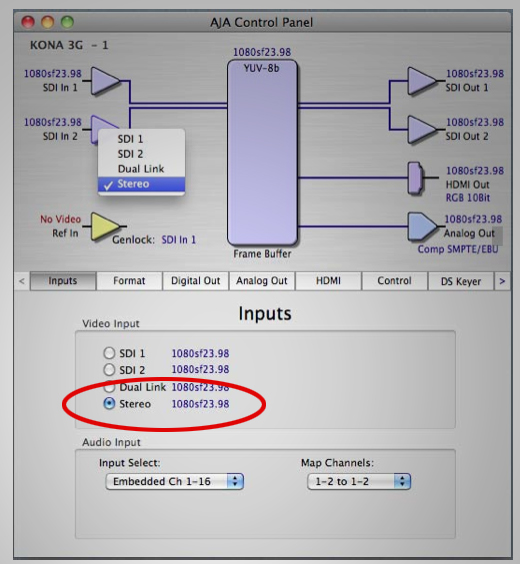 The AJA Control Panel set to “Stereo input for 3D” assures that captured scenes will behave in proper stereo fashion during post-production. 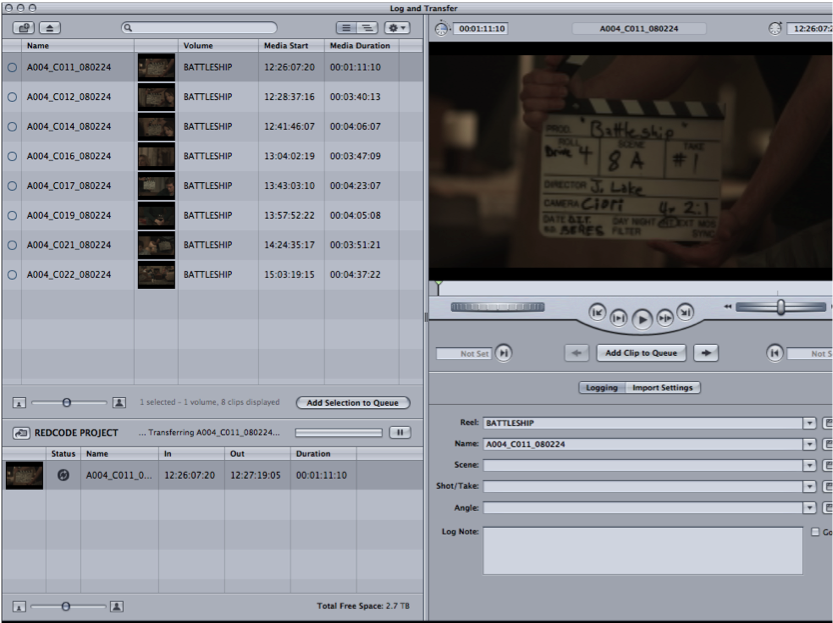 Tapping into the power of Cineform Neo3D inside Final Cut Pro, the Kona 3G supports input and output of Stereo 3D (left eye/right eye) via SDI 1 and SDI 2.   Remember that the KONA card is dedicated hardware and therefore very efficient; it need not allocate resources to other things like checking one’s email or responding to Facebook banalities.

There are few products on the market today that are as indispensable as a Kona PCIE expansion card. Whether we’re on a Mac or PC the new 3G is critical to the success of our everyday assignments, in whatever format, resolution, color depth or dimension they might be.

As a dutiful taskmaster the Kona 3G is as critical to our livelihood as bits and bytes. It gives us enormous power; your job now is to use the power wisely.