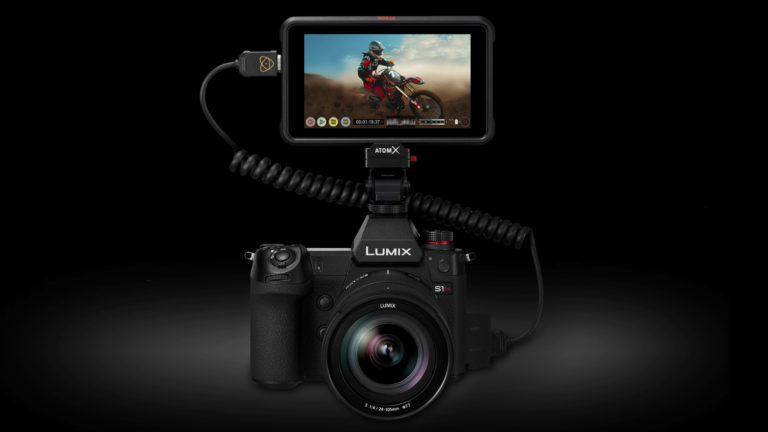 How the Daredevil Documentary Shot 60 Interviews on Green Screen in 12 Locations, Then Composited Them into One Theatrical Setting

Like the Snake River Canyon that daredevil Evel Knievel failed to cross in 1974, the gap between the perpetually mangled motorcycle jumper's public and private lives was insurmountably vast. Being Evel, a new documentary about Knievel's life, sets out to fuse the captivating bravado of Knievel's televised theatrics with the murkier elements of his personal life. Directed by Academy Award-winner Daniel Junge, who made his official Sundance debut last Sunday, the film was shot by Robert Muratore on Blackmagic Design Cinema Cameras. Denver's Milkhaus graded and composited with Blackmagic's DaVinci Resolve and used Teranex 2D processors to convert archival footage from Super8 and VHS tapes. We talked with Junge about the complexities of the shoot and the surprises in store for viewers, including the novel way the film composites archival footage with on-camera interviews.

StudioDaily: Why Evel Knievel, and why now?

Daniel Junge: As a kid, I wanted to be him, as did so many others of my generation; we all have our scars to prove it. But as I grew older, my admiration for him was tinged with some ambivalence when I found out he beat up his promoter, Shelly Saltman, with a baseball bat. His story had some real darkness to it. This film, in a way, is reconciling a lot of those ambivalent feelings. Like Knievel's life, it tells an incredible story but it's pretty dark at times.

How did Johnny Knoxville—a producer but also a subject in the film—get involved?

We were put together by A&E. I've always wanted to make a film with Molly Thompson [SVP, AETN IndieFilms at A&E Television Networks], so I took the project to her. She was really excited about it and told me they'd been pitched another Knievel idea by Knoxville and his team. She brought us together and it really worked out perfectly. It's been a great partnership. Johnny's actually a really serious filmmaker and was consequently a terrific ally for the film. When you start your process, do you begin with a script or just an outline?

Every film is different and many of my films have been much more verité than this one. Being Evel is more archival-driven. We did outline this film in advance, though the finished product is certainly not verbatim what our outline was. But we had a very strong idea of the story going in. When you do feature documentaries, you understand that you always have to keep the audience on their toes, so we wanted to make sure there were plenty of surprises and it isn't just 90 minutes of hagiography.

Oh yeah. There are some big reveals in the film, including some behind-the-scenes tapes from his promoter. This is the first time Shelly has participated with anyone in the media to tell his side of the story. We also have full cooperation of the Knievel family, so we got folks from across the spectrum in Evel's life.

You did about 60 interviews for this film, which is quite a lot.

Yeah, that's about three times more than I've done for any other film.

What was the final ratio between archival footage and interviews?

That's a really good question, because even the interviews are composited with the archival footage throughout. The interviews were conducted all around the country, and we digitally composited all of our subjects into a single location, which is a historic movie theater. We project the life of Evel behind them on the movie screen. So all during the interviews, the archival content is seamless with the background. We did that because when you see some of these archival-based films, I always find there's a bit of a disconnect between the interviews and the cutaways to the older footage. I came up with this composited concept more as an artistic throughline but also to make the film feel even more theatrical and bigger-than-life, just like Evel. Figuring all that out prior to, during and after the interview shoots couldn't have been easy.

It's taken a lot of technical acumen to get all of it to work out, for sure. Some of the shots in the film are actually five-to-six-layer composites. I relied on the post facility I've always used, Milkhaus. They are based in Denver, where I am. This project definitely stretched everyone's knowledge of how to do something like this and make it look realistic. Davis Coombe, who has edited all my films, worked with assistant editor Patrick Huber and compositor James Duree to get it just right. Davis is an incredible editor; he often takes scenes that I've brutally cut together and makes them just flow beautifully.

You used four Blackmagic Cinema Cameras for the interviews. Had you worked with them before this project?

No, it was the first time. Knowing the kind of color space we needed to have, and the latitude, and being able to record directly to ProRes—and frankly, the price, which you can't beat—it became clear to us that we should consider them. When, after tests, we realized we were able to pack four cameras into one bag to take around the country, it made the decision kind of a no-brainer for us. We shot in over a dozen locations, in over a dozen different studios with green-screen, so we could get 90-degree angles. Usually as a documentary filmmaker, you try to make every frame lively and unique. But here, the challenge was to keep everything absolutely consistent.

You found a green-screen soundstage in every location?

Not exactly. We would end up on these very disparate sound stages where, um, to call them all green-screen sound stages is being very generous. In Butte, Montana, in fact, where some of our most important interviews take place, we had to drape and paint everything green to make our own soundstage. We did like 20 interviews there. Butte has no media infrastructure whatsoever, so we had to create it all right there.

What did you appreciate most about your on-set workflow?

Being able to shoot right to ProRes, do a quick dupe of everything in ProRes and go straight to raw without having to do a bunch of transcoding made all the difference for us on location. The raw drives became not only our editing drives but all of our masters. In some ways, though we now also have so many more options with a digital workflow, it felt like going back to tape, when you pulled your masters right from on stage. In retrospect, we learned that given the same choices again, we probably would have opted to output in raw and record in a Log format, as many of the newer cameras do. We found that there is some compression, obviously, in ProRes, but it still worked really, really great. We spent a fair amount of time cleaning up keys that may have been easier to clean up had we shot raw. But we started this project before Blackmagic had its Ursa 4K camera, and it was our choice to go with ProRes at the outset. Had we started a little bit later, we definitely would have been using the Ursa. I think the world, and even the documentary world, is moving toward 4K.

Was there ever a moment during the shoot when you worried the green-screen idea wouldn't work?

There was a little nervousness on all of our parts about whether we could really pull this off, but the end result speaks for itself. Hopefully Sundance audiences will feel like they are in that movie theater the whole time. I'm also nervous how all that compositing will look on the big screen but at this point, all we can do is hold our breath and rev the throttle.

As a production of A&E, Being Evel will head to History Channel at a later date and is currently seeking theatrical distribution.