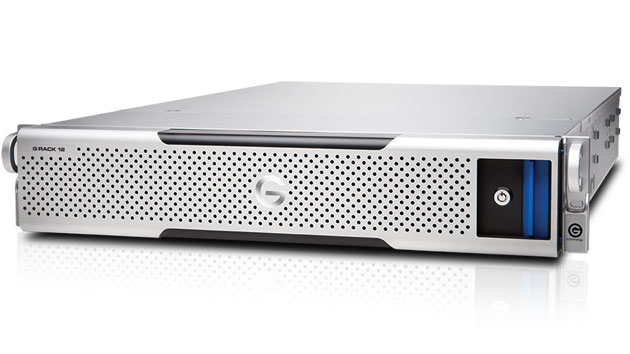 If you came to NAB to talk cameras, you might have been just a teensy bit disappointed. There were plenty of cameras at the show, of course, but there was much less than the usual deluge of new systems. But existing cameras got feature upgrades, some vendors showed off what's coming in the next generation of their camera models, and a Silicon Valley company said it wants to change the meaning of the word cinematography. Here's a short video playlist that will get you oriented as to what was new at NAB, and what wasn't, when it came to camera technology.

Astrodesign's Terry Harada showed us the next generation of the company's 8K camera and its 4:4:4 RGB SSD recording technology.

Canon isn't shooting 8K in production cameras — yet — but it showed a "future product statement" at NAB. The prototype camera features a working 8K Super 35 sensor housed in a C300 Mark II body delivering an 8K signal to four separate Convergent Design 7Q 4K recorders, with playback on an 8K Canon prototype display. "We're just trying to let people know 8K is part of our future and part of their future," Canon's Tim Smith tells us. "Whether you want it, or you don't want it, it's coming."

Lytro was the 800-pound gorilla at NAB in more ways than one. For one thing, it looked like the company's massive camera probably weighed 800 pounds. For another, it dominated discussion as the most revolutionary and potentially disruptive new technology on offer. In this video, Lytro's Jon Karafin fills us in on a system that requires millions of lenses inside a single camera, but promises the many advantages of camera virtualization with live-action footage.

Stuart English filled us in on the new Nokia OZO VR camera, including its on-set previewing capability — and the potential for live VR streaming.

Panasonic's Steve Cooperman was showing Panasonic's VariCam LT, a more compact and less expensive version of the new VariCam launched early this year. He runs down the similarities and differences between the cameras, and talks about the LT's future raw acquisition capabilities.

Meanwhile, on the other side of the Panasonic booth, Matt Frazer talks "affordable anamorphic," explaining how the capabilities of the company's mirrorless micro-four-thirds Lumix GH4 camera have been extended with lenses that are priced affordably enough to go along well with the inexpensive camera.

Sony's Joe Schimizzi talks about the features of the new R7 raw recorder for the F55 — including the new, more lightweight XOCN raw file format.